BeerBike and EscapeRoom -- (1 of 4) The Birthday Month in Budapest.

As some of you may know about me, I've adopted the "birthday month" to celebrate my birthday, instead of settling for a single day, or even cramming it into a weekend.

For that matter, I strongly encourage each of you to do the same and let me tell you why.

My birthday is on the 11th of October.  This means I have a solid ten days of building up anticipation for the birthday in October.  It gives you just a few more opportunities to get 'your way' in the inevitable domestic "conversations", I get to select 'my' restaurant when dining and listen to 'my' music at home.  I'd really be short-changing myself if I only celebrated my birthday for a day.

Because several of our new school friends were going to be out of the city for my birthday weekend (they are lucky we are still friends), we decided to celebrate together the weekend before my actual birthday.  Since we really celebrate the entire month, it made perfect sense to begin the month celebration.

When Fancy asked what I wanted to do or get for my birthday, I immediately ran through the catalogue of Budapest experiences I wanted to try.  I've learned about myself that I tend to find experiences much more rewarding than any gift, especially enjoyed with friends.  This is not to say it would be too late to send a gift.  Mail in Hungary works perfectly well...if you're curious...

There were two unique experiences that I knew I wanted to try -- The Budapest BeerBike and an EscapeRoom.

Imagine riding in a carriage with 12 of your closest friends, but you must pedal like a bicycle to move the carriage.  You get to navigate some Budapest's most famous streets and landmarks, all while being served unlimited draft beer from one of your friends (that is now a bartender). He or she pumps and serves for the following three hours because it's important to stay hydrated. 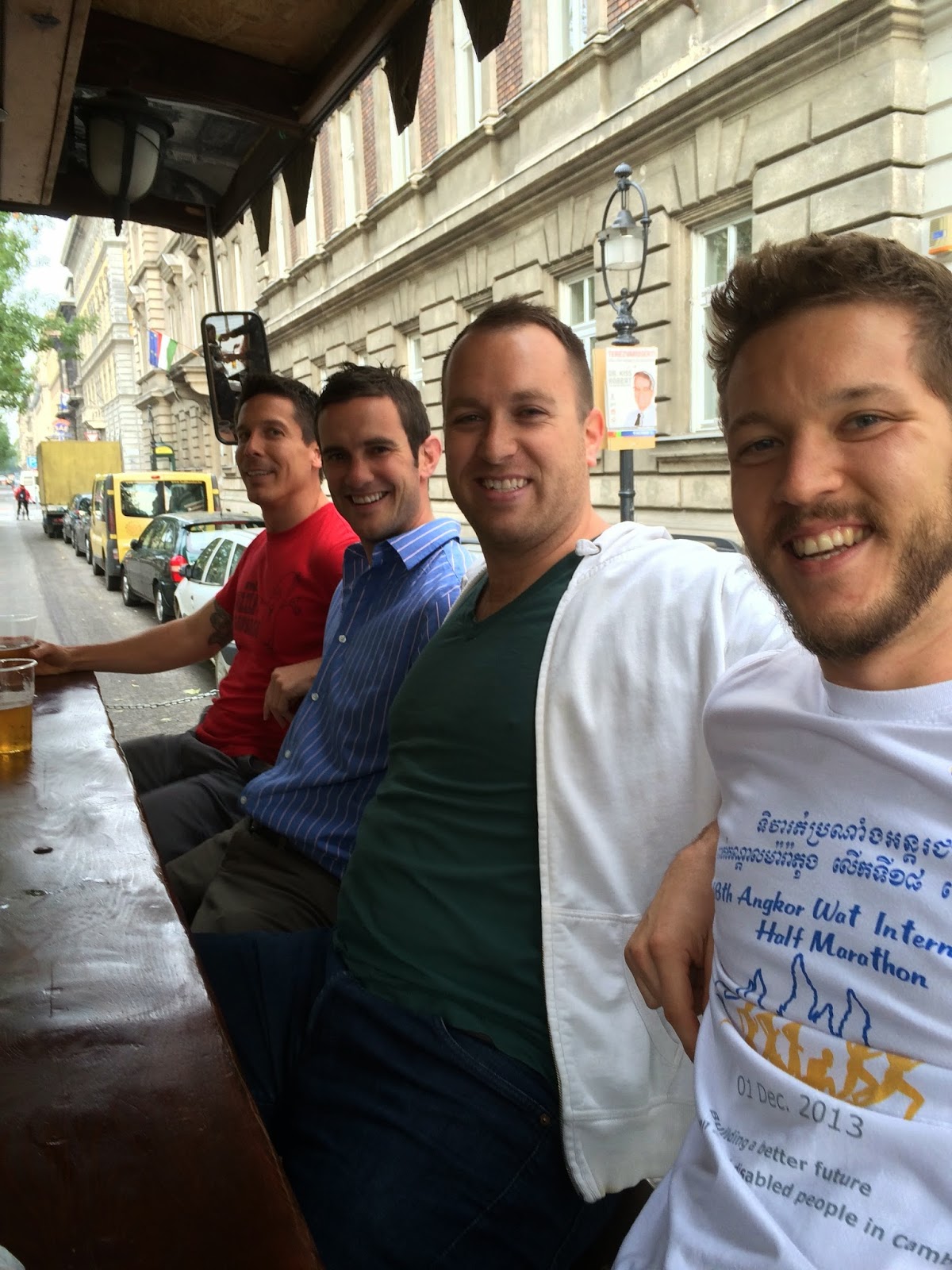 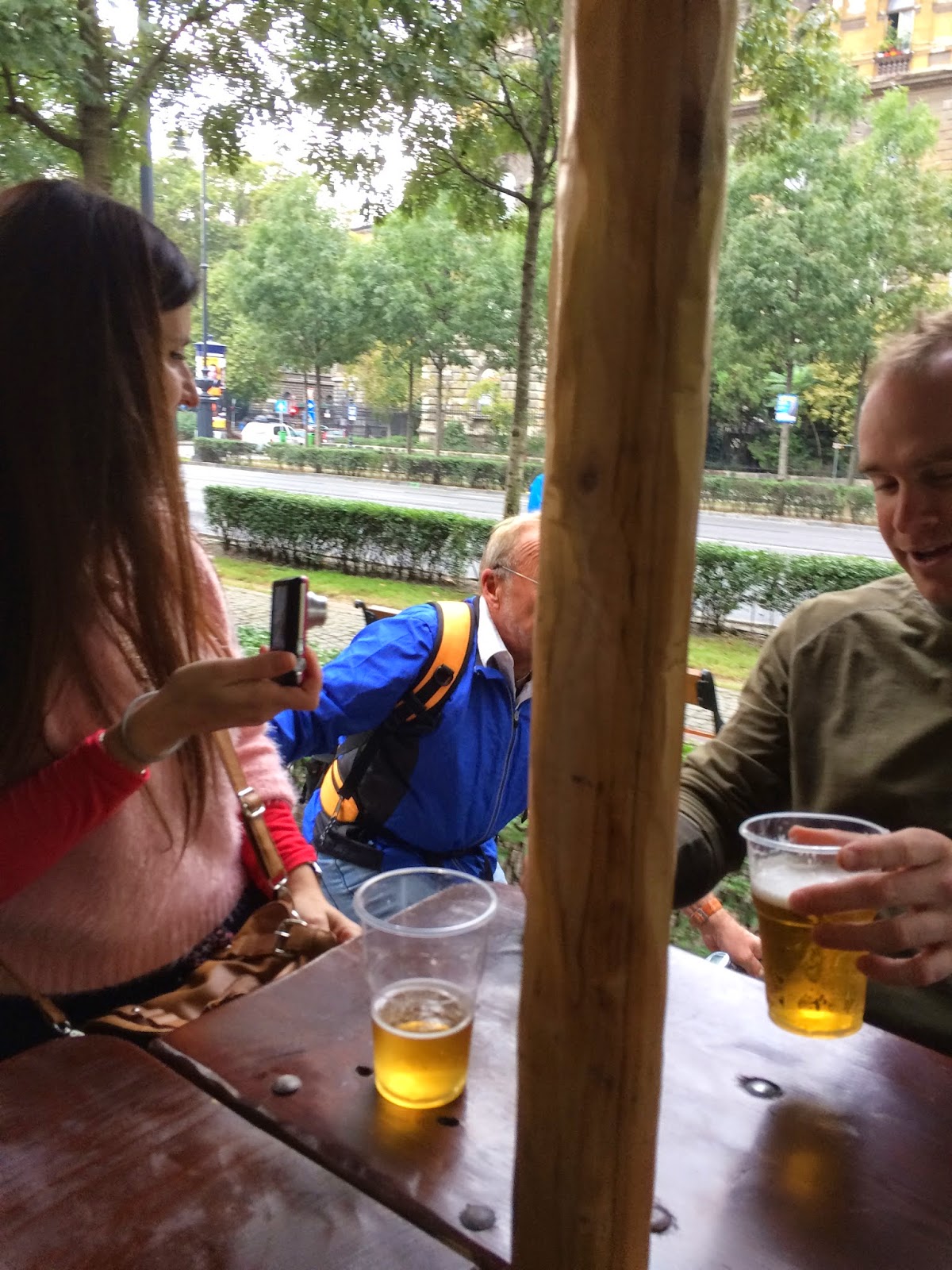 This old guy just biked right up to the BeerBike and demanded a beer.  Here's a beer for your boldness, sir. 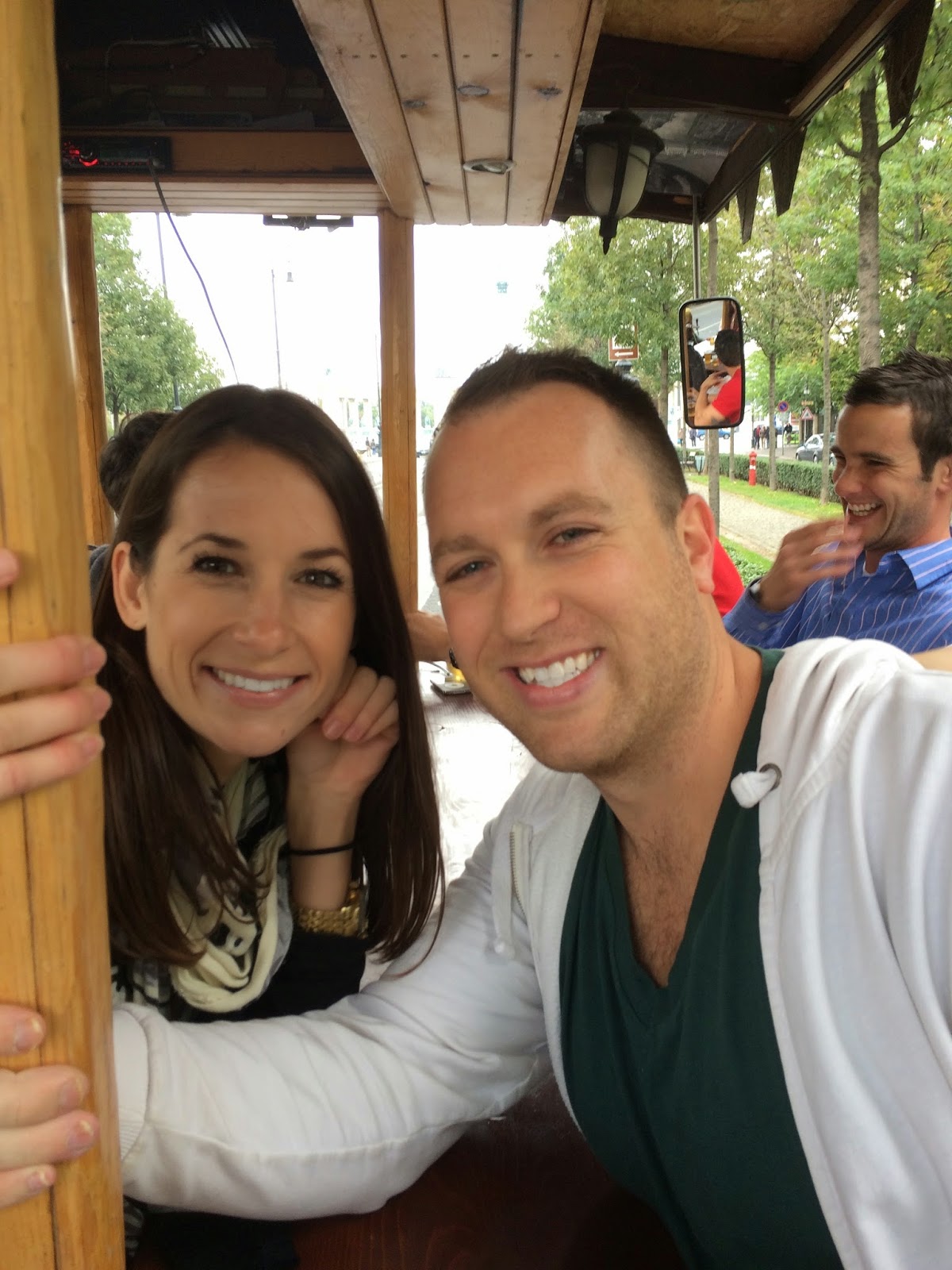 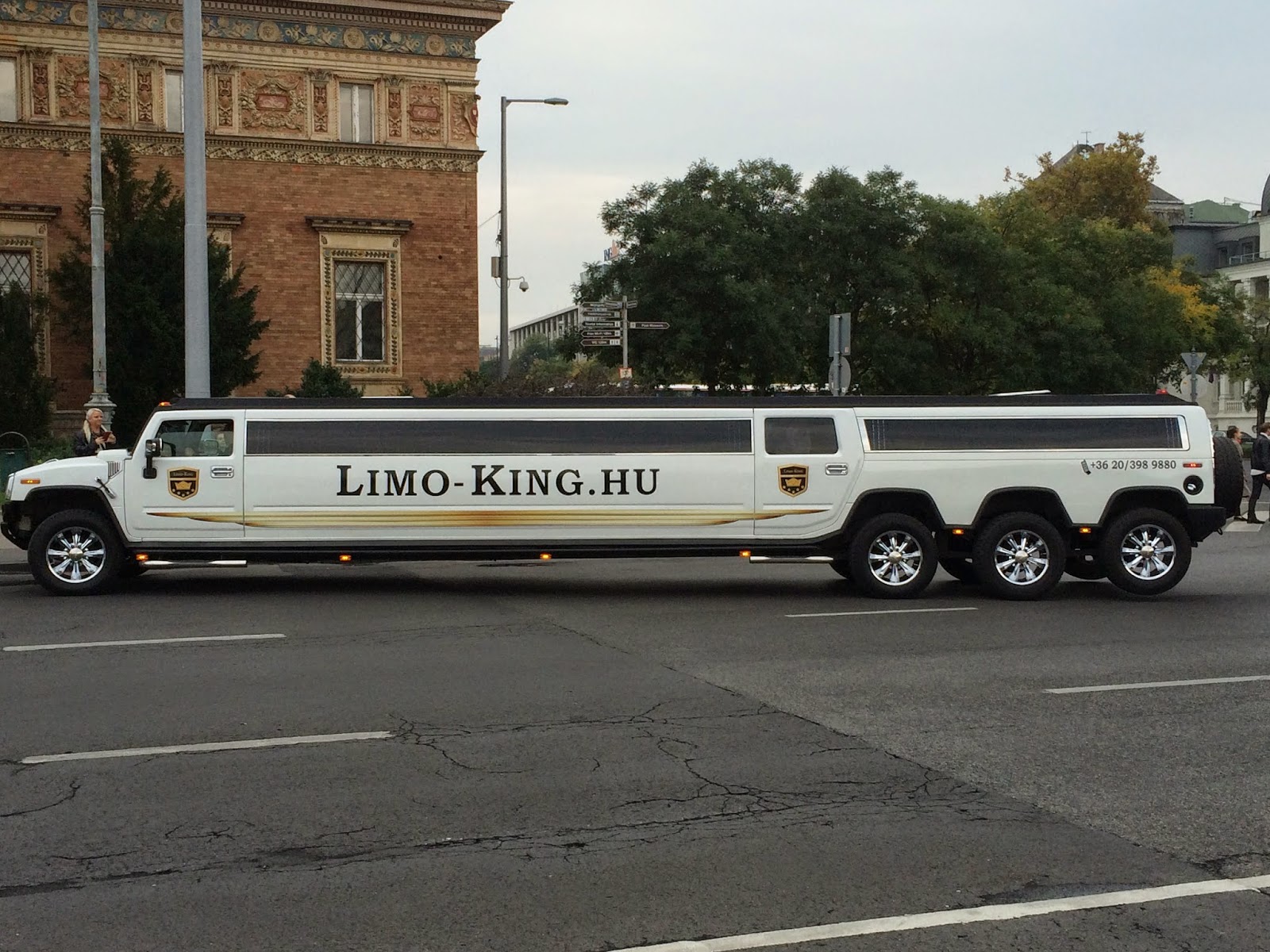 This has nothing to do with our BeerBike but it was the largest Limo in the history of limos. 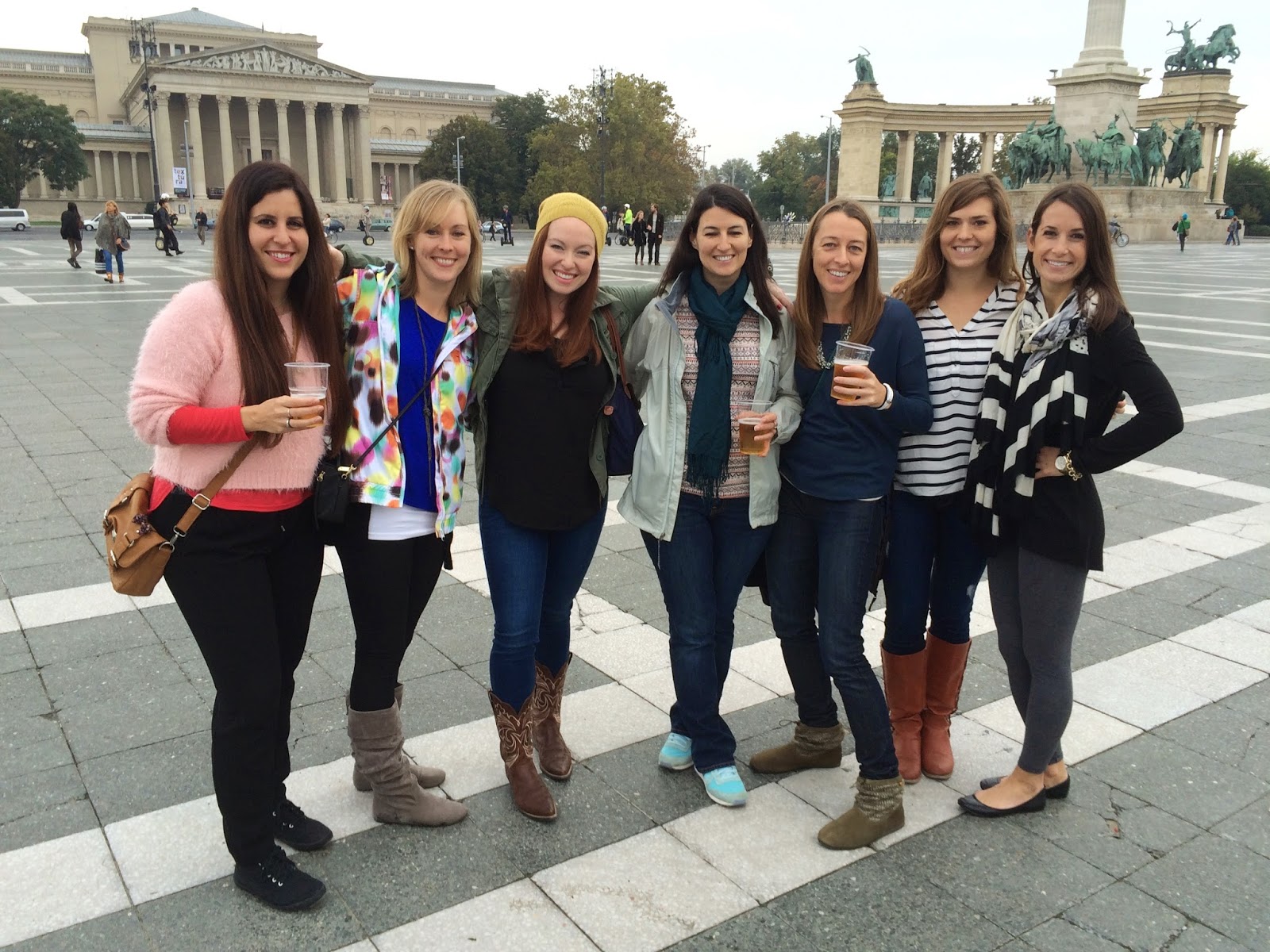 What do 4 Americans, 2 Canadians and 1 Spaniard have in common?
Todd's Birthday Month Celebration. 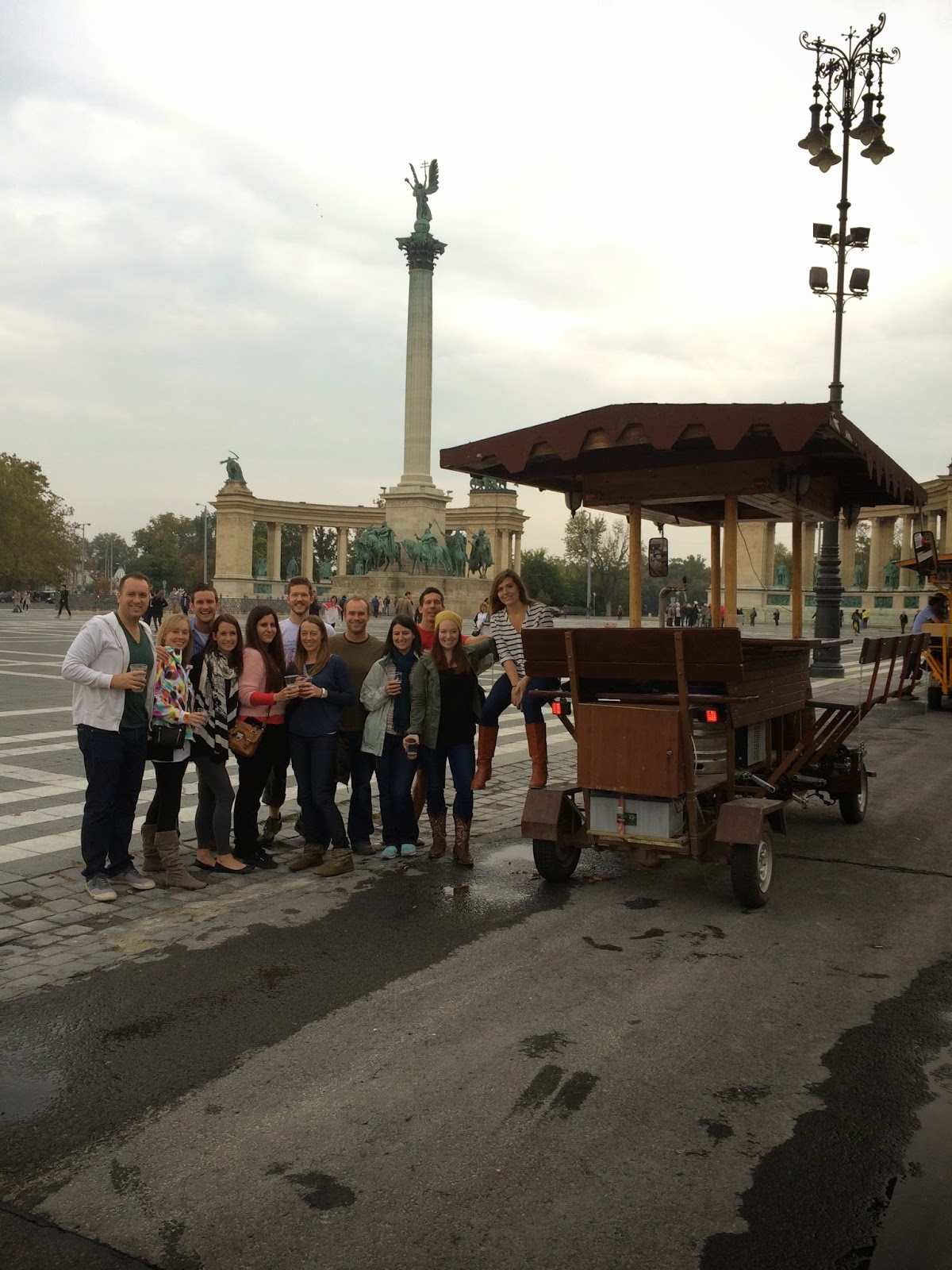 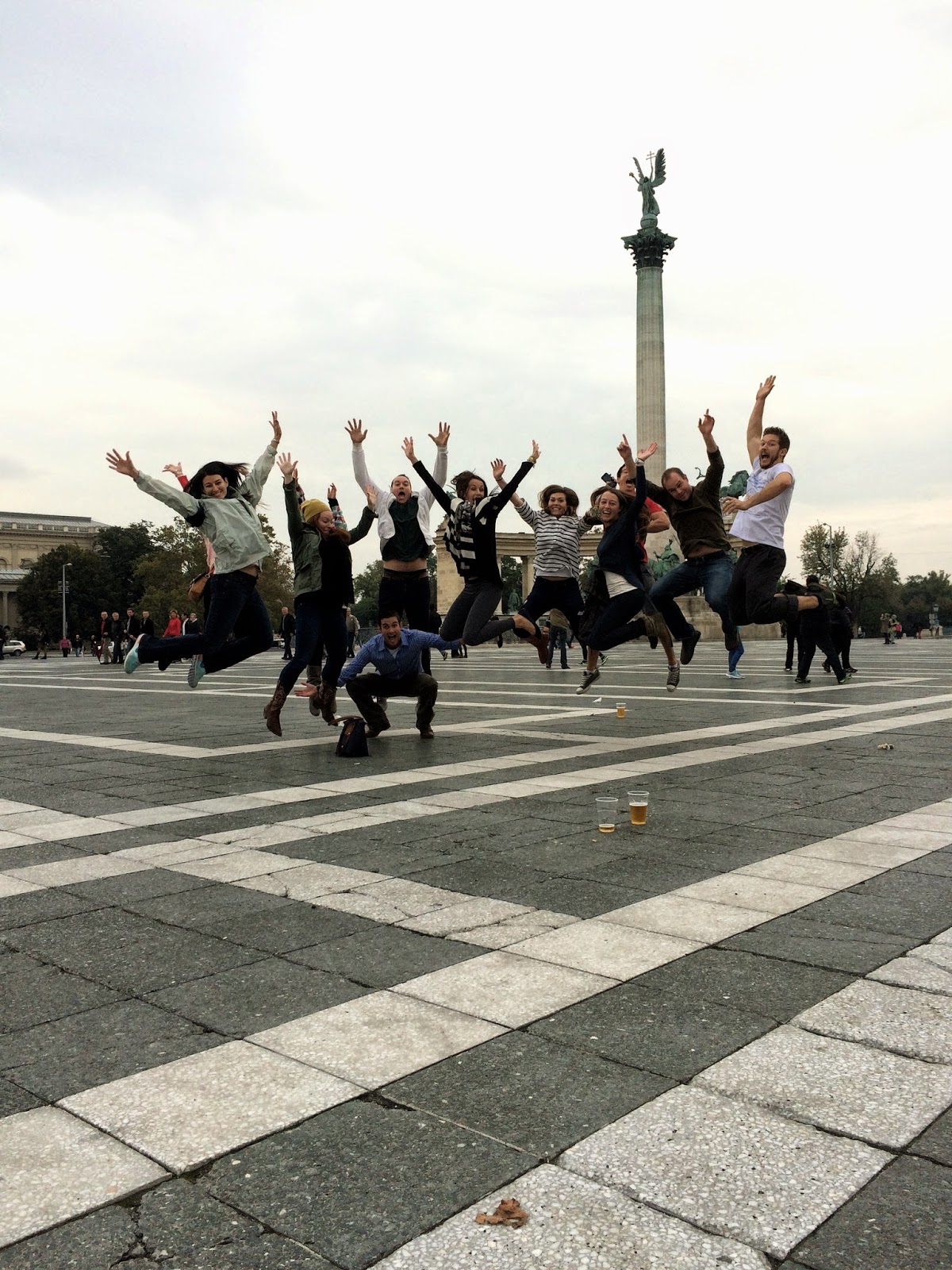 Up, up and away at Hero's Square. 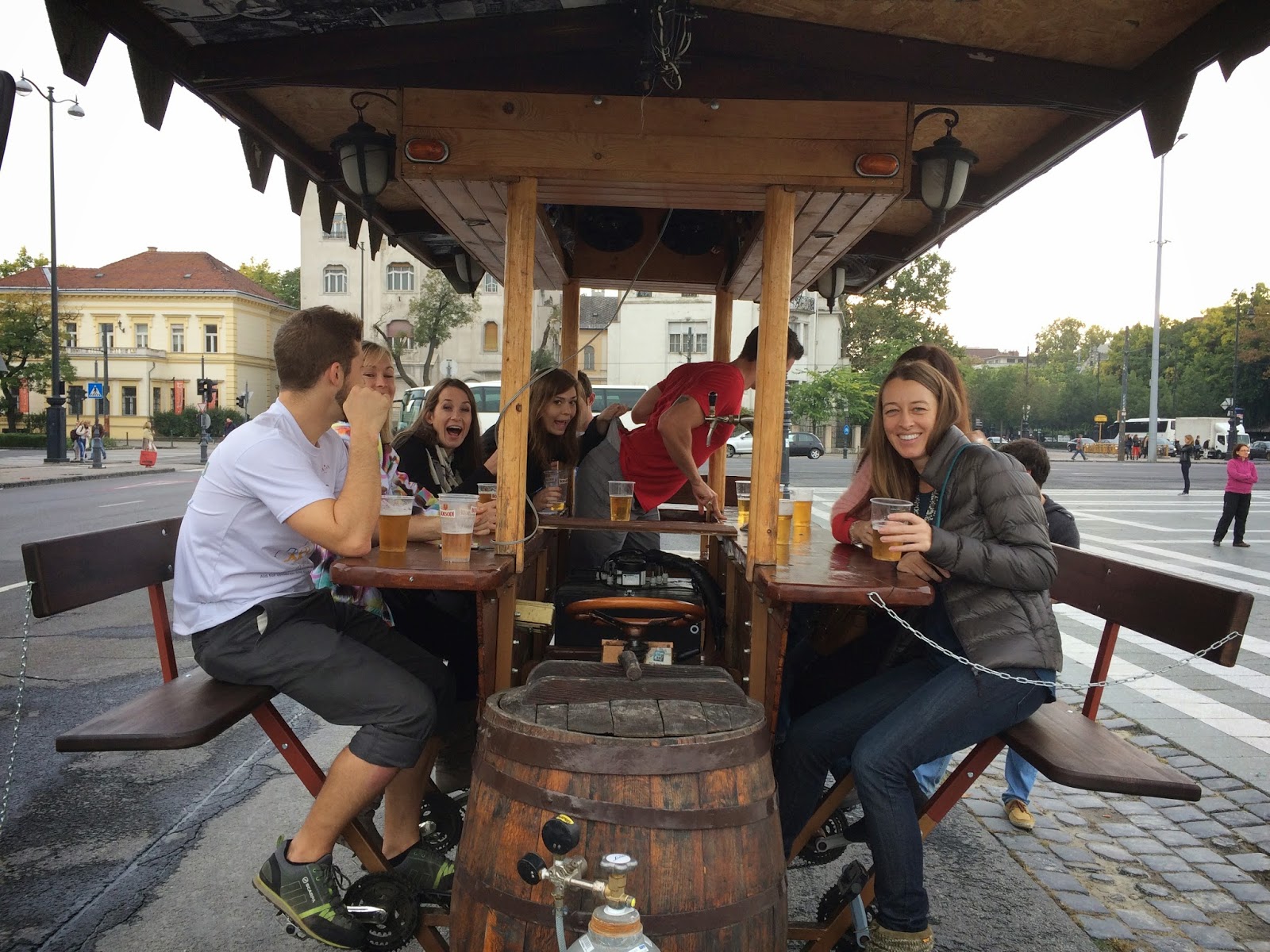 At this point, we were turning into "those people". 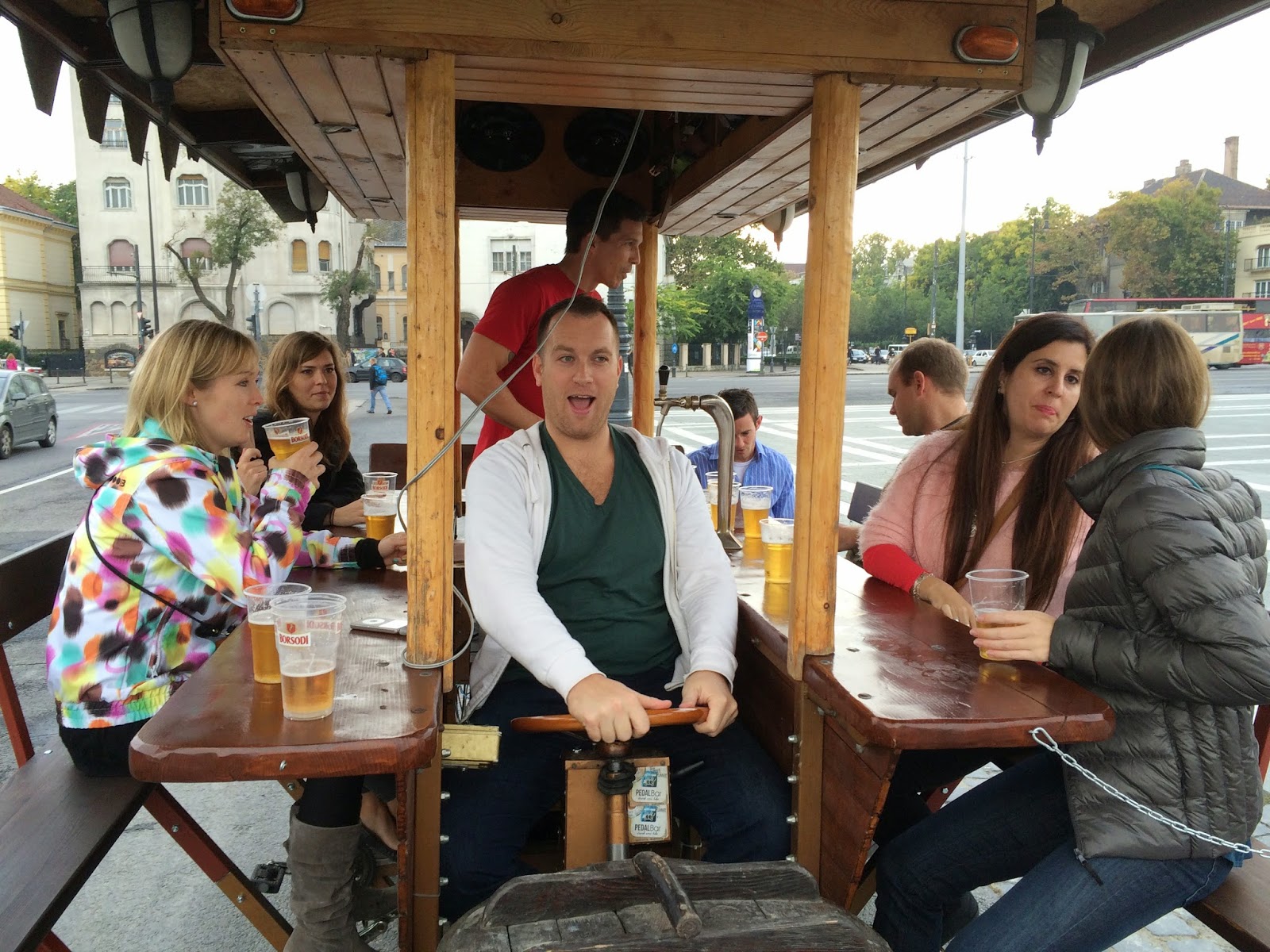 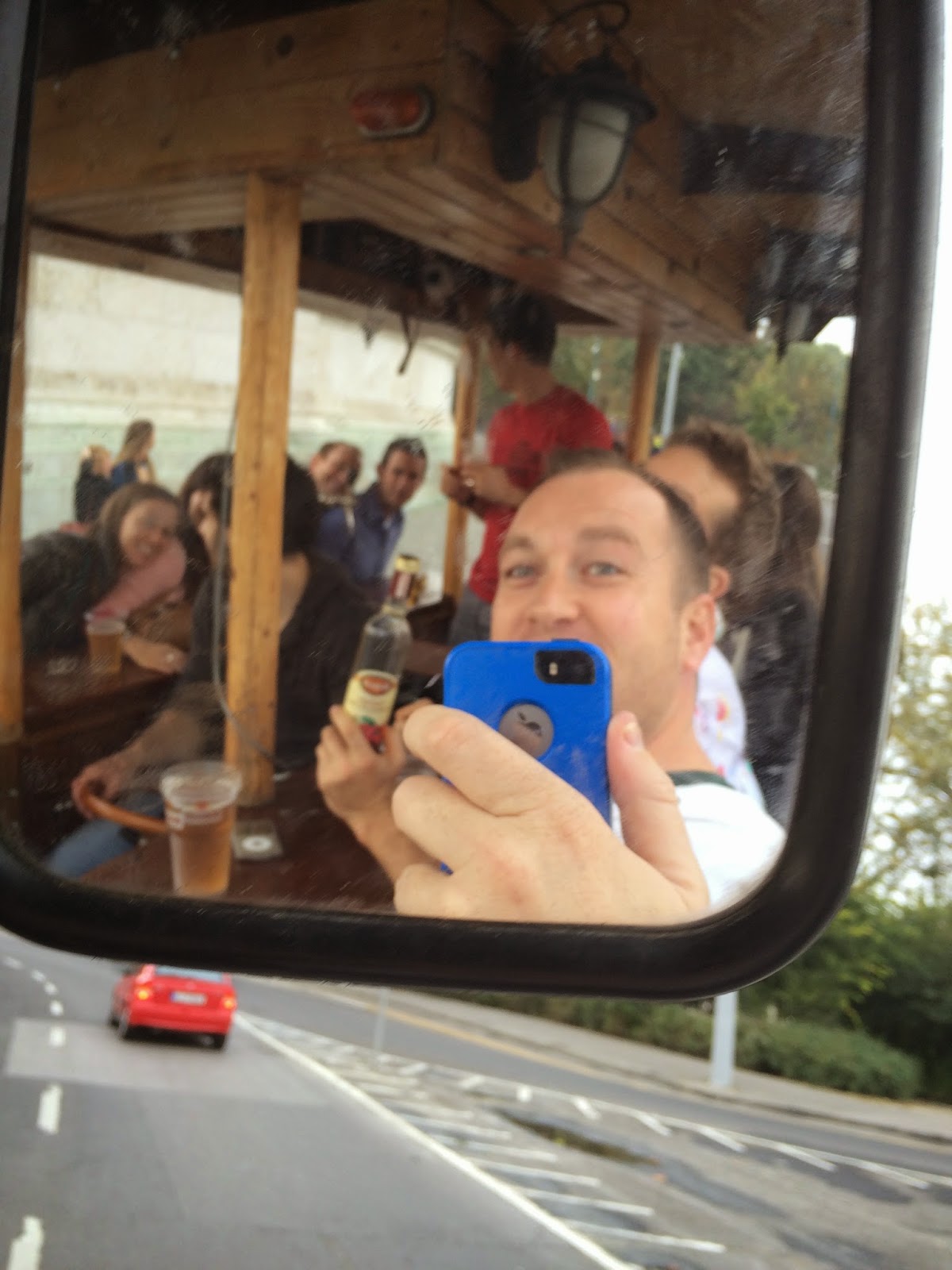 A bottle of Hungarian Palinka has appeared. 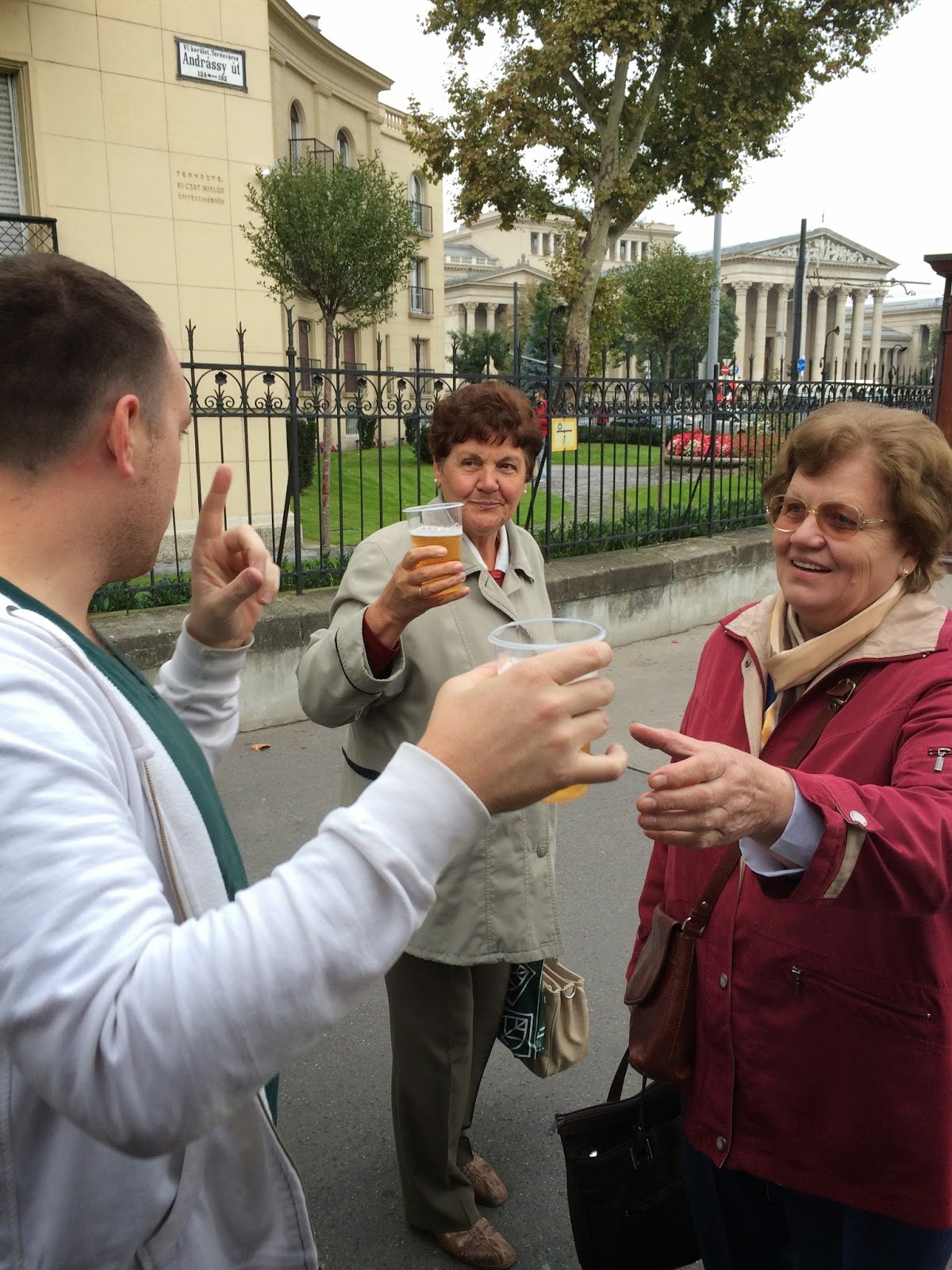 More beer giveaway!
"I'll give you one, because you're sweet old ladies and my grandmother would expect me to be generous." 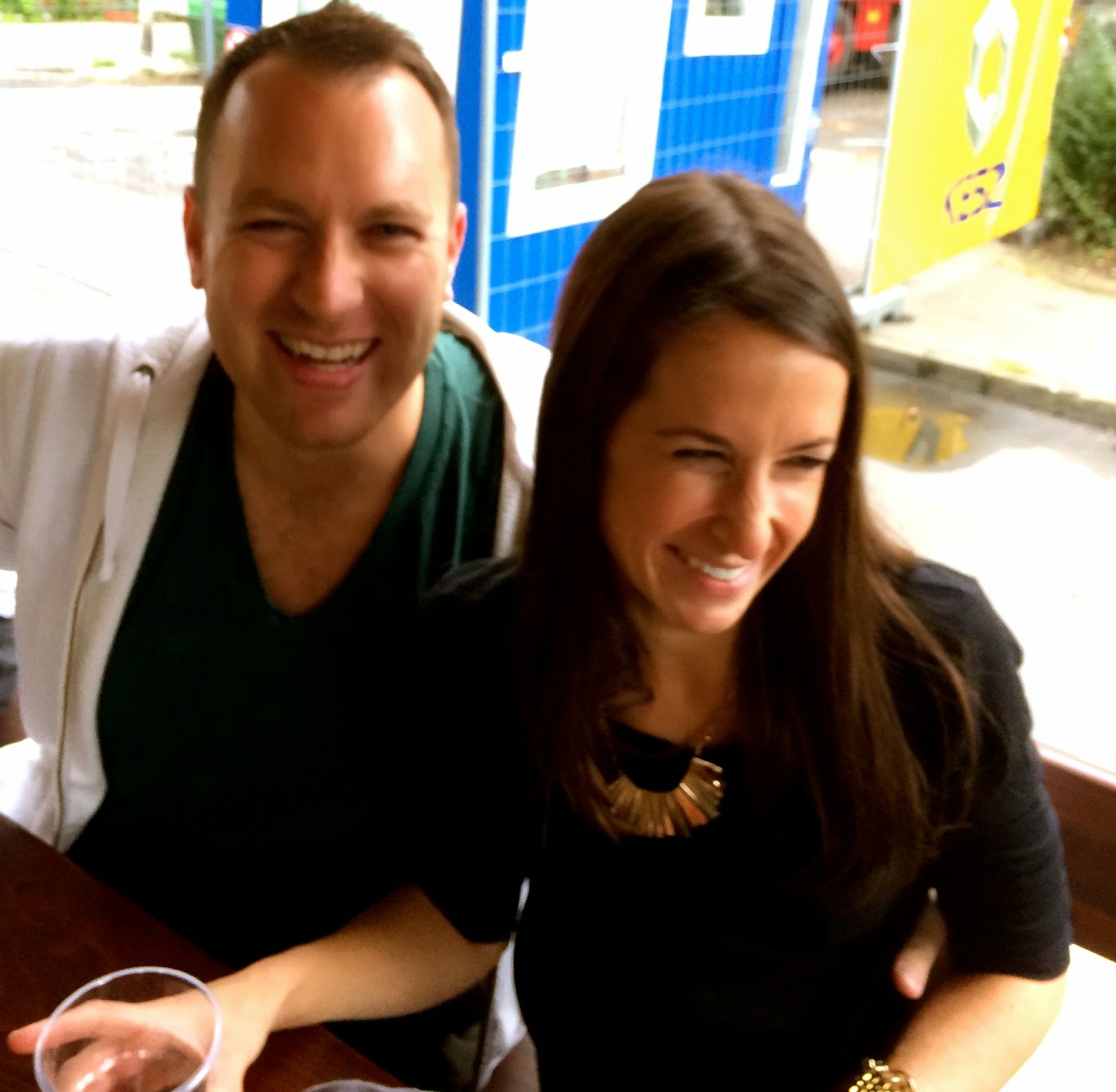 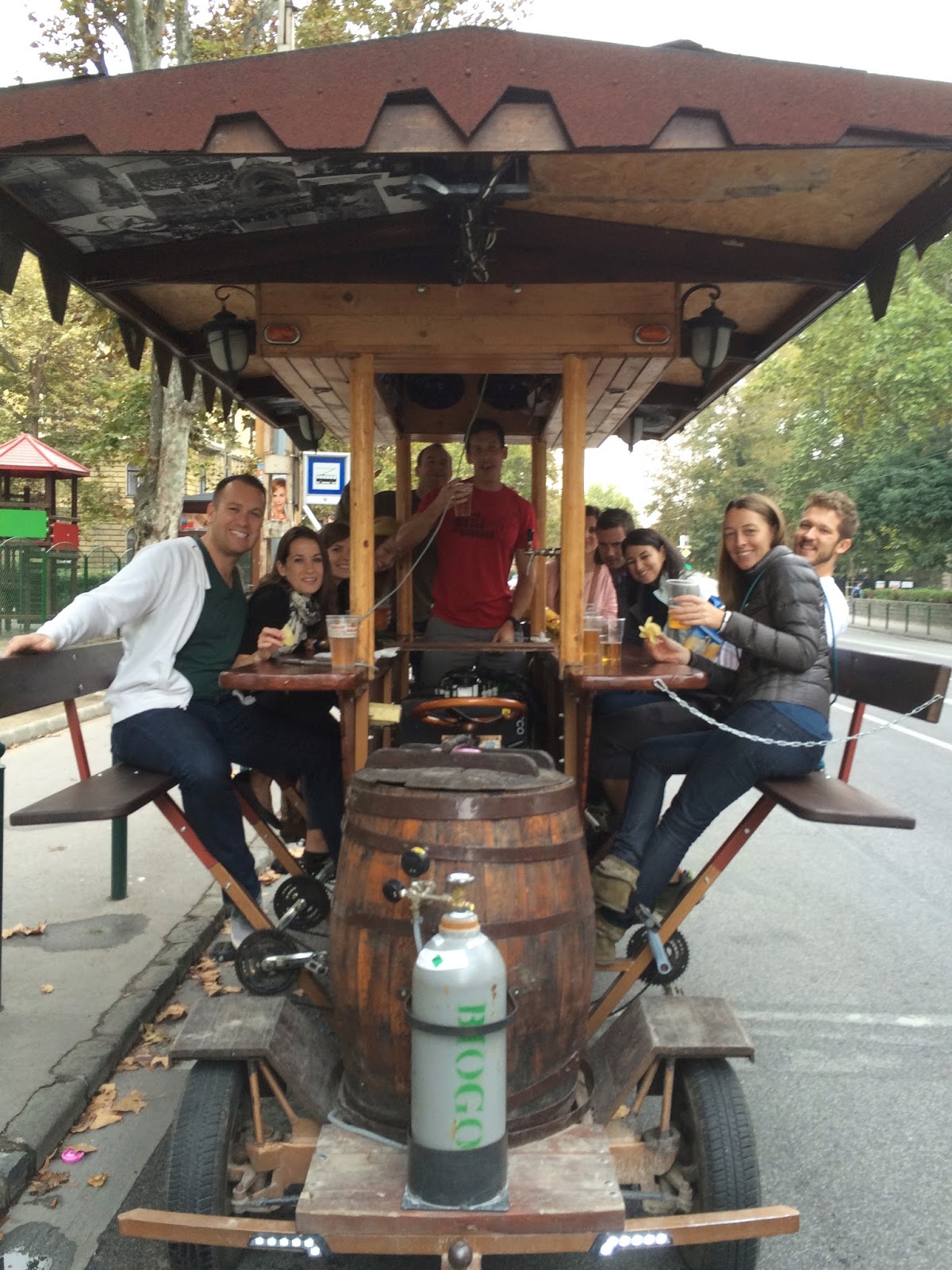 (2) The second experience was a  Budapest Escape Room.

A growing trend across Europe that began in Budapest is an hour-long "Escape Room" puzzle.  There's over 20 different Escape Rooms across the city and growing in popularity each year.  It's explained:

Real-life room escape games are a type of physical adventure game in which people are locked in a room with other participants and have to use elements of the room to solve a series of puzzles, find clues, and escape the room within a set time limit (60 minute).

It was really fun and an experience I highly recommend in Budapest.  However, I don't recommend completing an Escape Room after three hours on a BeerBike - it leads to some fuzzy thinking and lack of overall cognitive ability, as you'd imagine.

For those that are keeping score for the night, we were able to divide into two rooms -- boys vs. girls.  The guys had a room called "Madness" and the girls had a room called "Mirrors".  The girls said they won because they escaped the room with 4-minutes of the 60 remaining.  I say that we we won because we stayed in the room for the entire 60-minutes withgout escaping (obviously, getting our full 60-minutes worth of value where the girls 'wasted' 4 minutes).  Since it was my birthday weekend, the guys were deemed champions.  Plus, our room was much more difficult to solve. 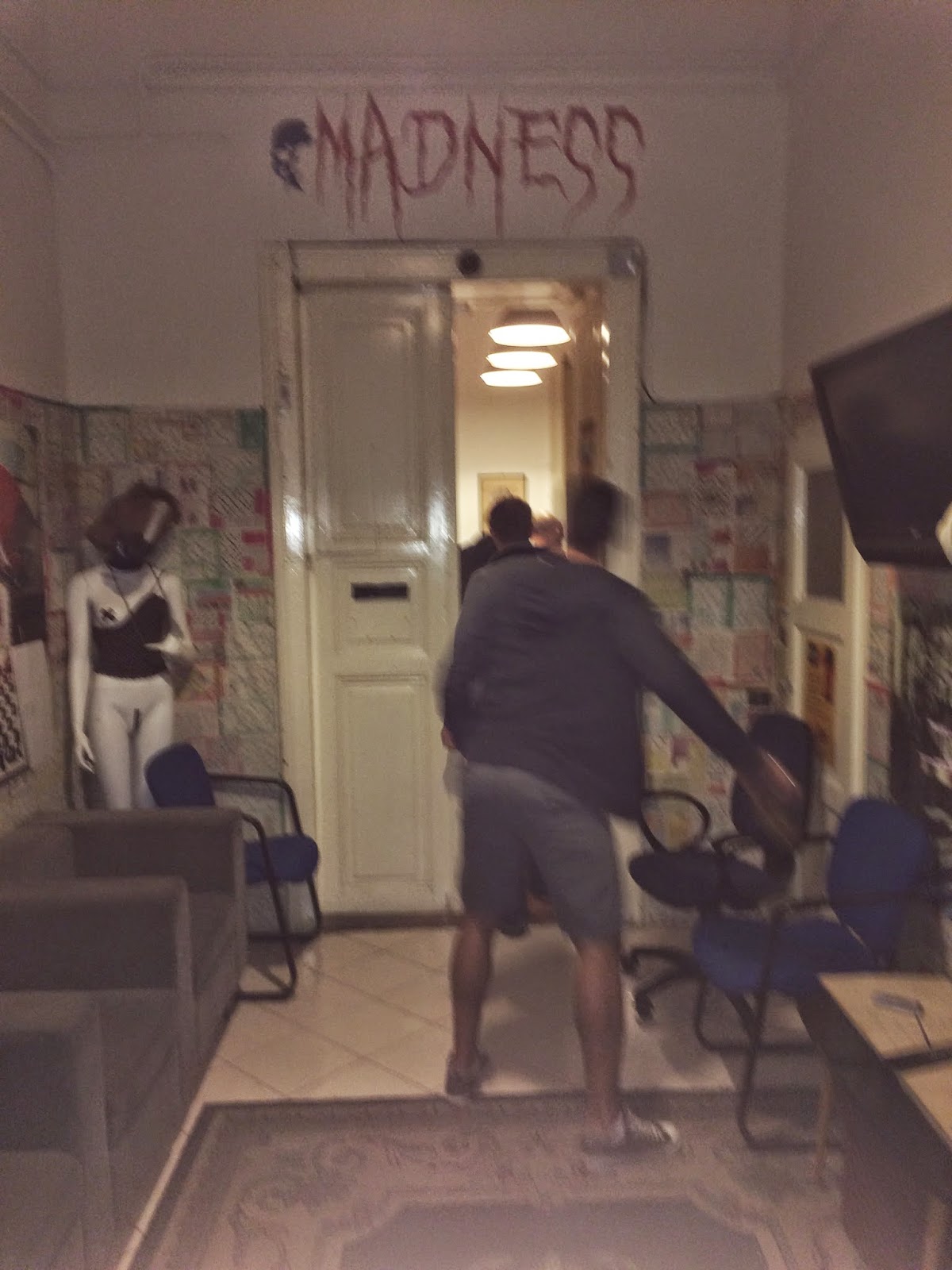 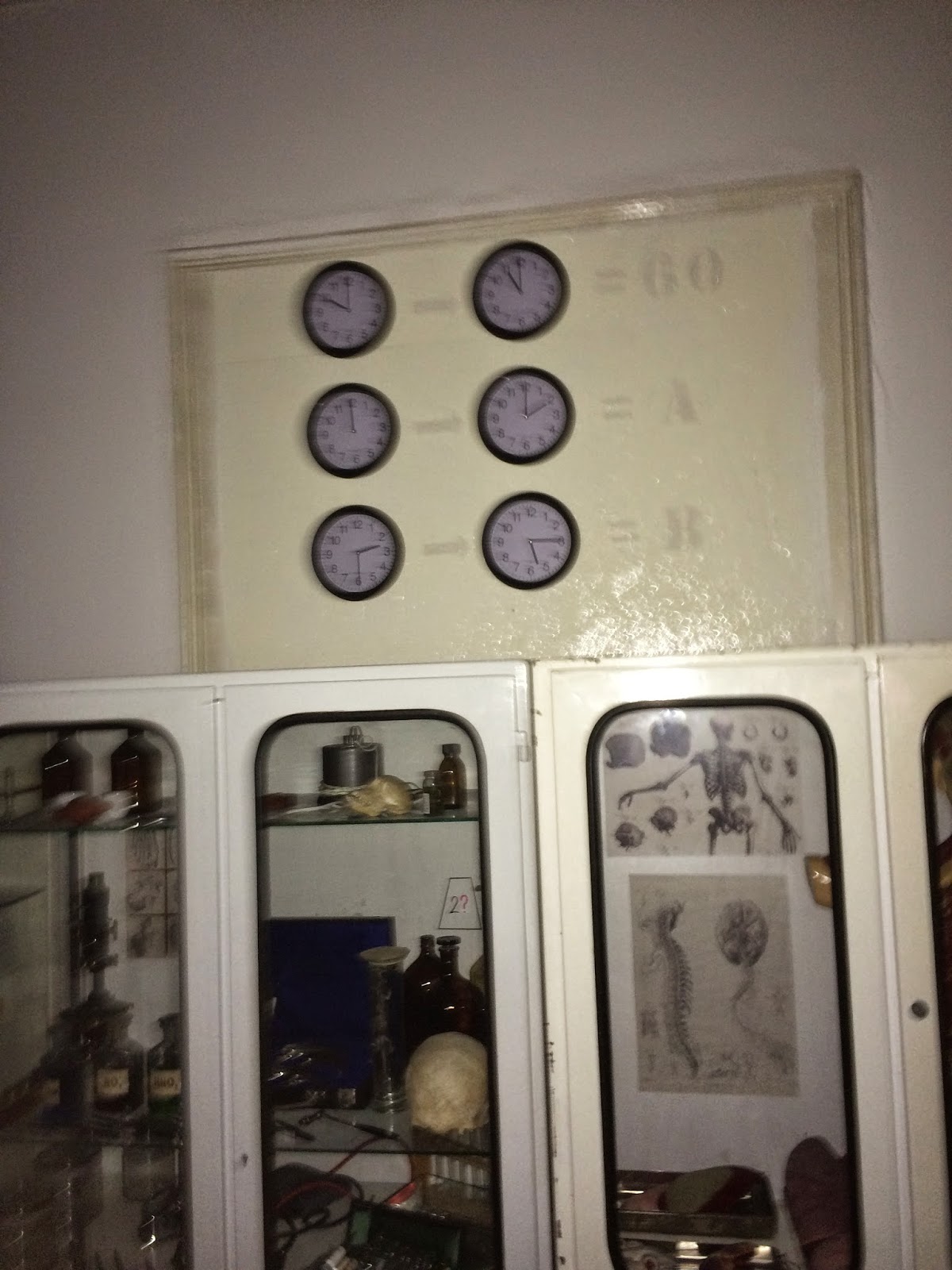 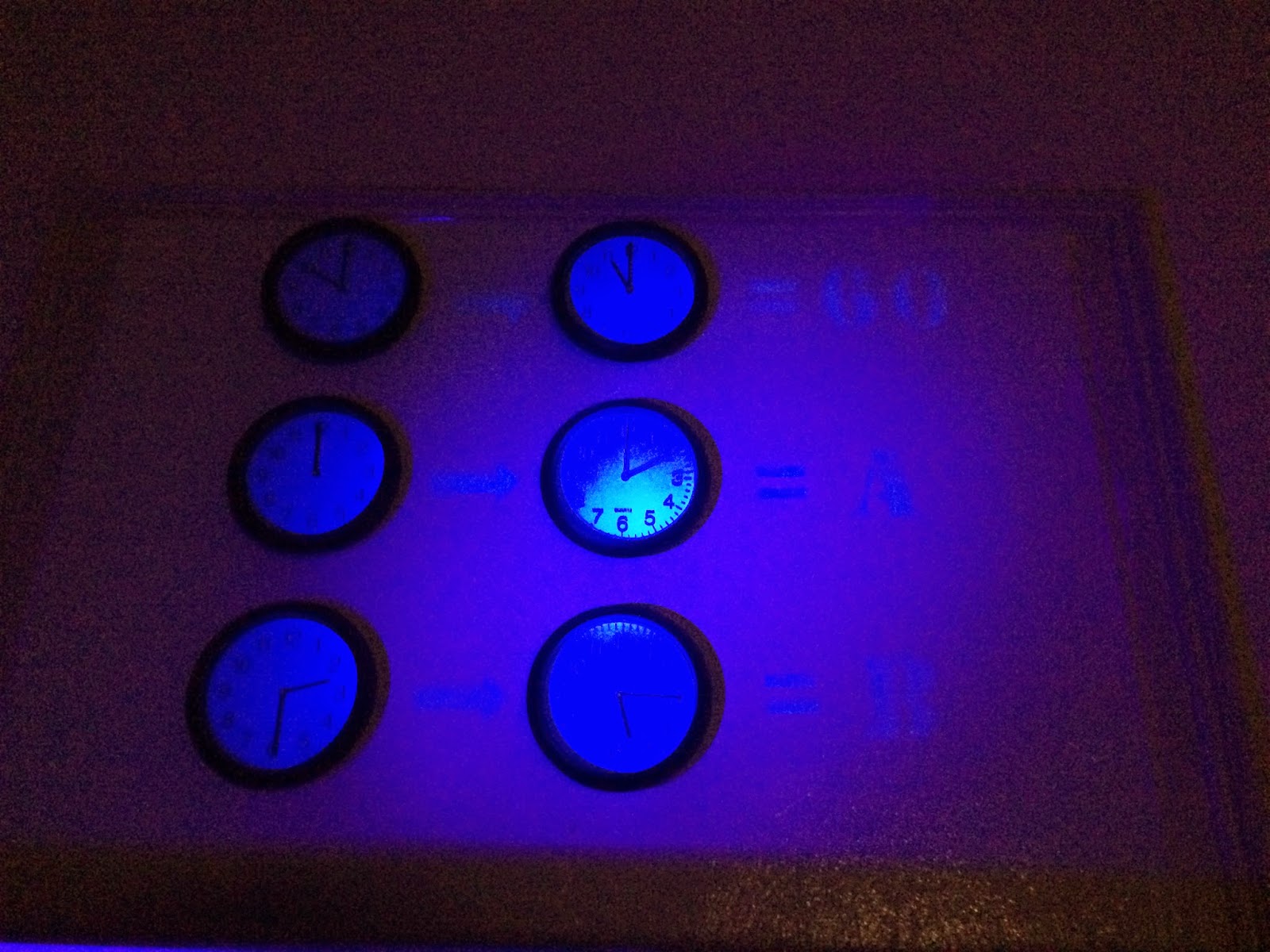 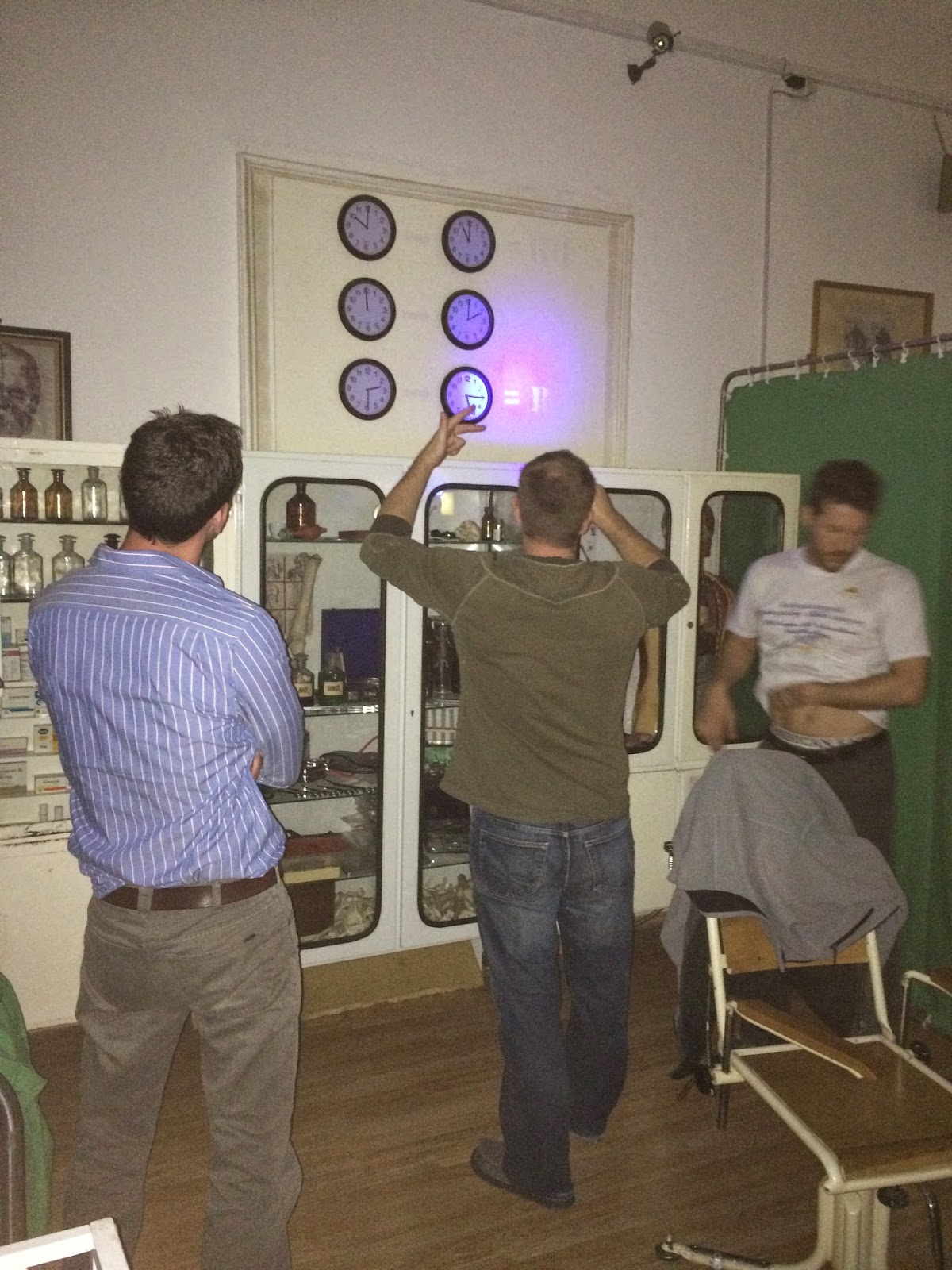 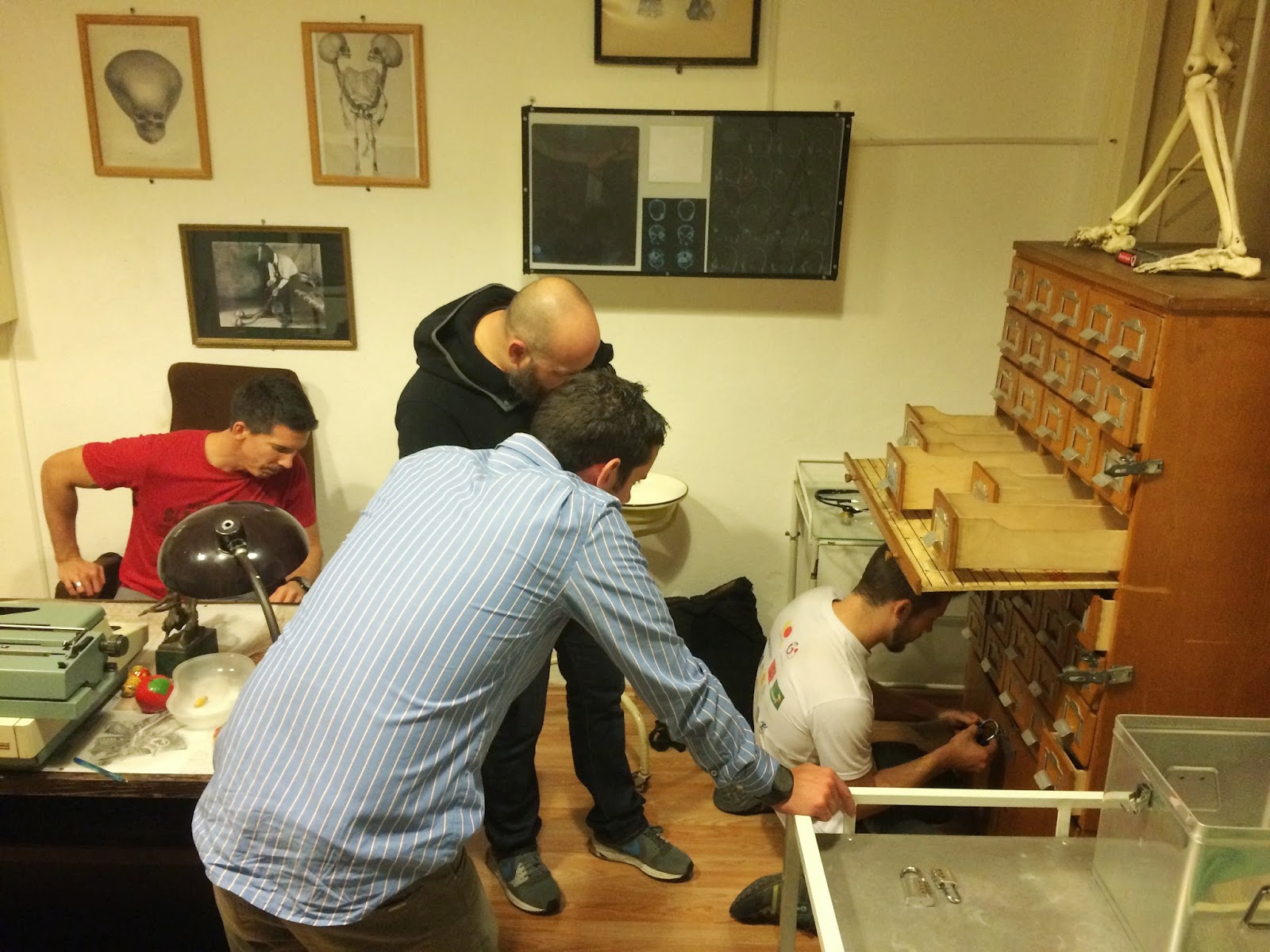