Being married to a teacher has many benefits - one of which is the beautiful thing we call Spring Break.

We found cheap flights to the island of Malta in the Mediterranean and were excited about visiting a new country and hopefully a warm weather island. We accomplished the first part but the weather was a bit windy and the temperature hovered around the 60s all week - but it was a Mediterranean 60. It was enough to get sun, but not exactly cruising around in tshirts all day. It's been a long, cold winter in Budapest. Since November and all the way until the beginning of April, it hasn't seem to break away from Winter. It was a bit warmer in Malta, but the wind made it cool. The locals explained the winds are from the North, this means the winds is coming down from Sicily and off the ice of the it's dormant volcano.

Malta is made up of three islands - the principal island of Malta, the more rural and relaxed island of Gozo and a very small island in between called Komino.

We spent the first night in Valletta, the capital city of Malta. We discovered a wonderful family run guest house - ASTI Guest House. It's been family run for 30 years and we were greeted at the door by the sweetest little lady you ever did see - all 4 feet of her. She was short and admonished me for trying to open the doors when they were locked. We got past this initial confusion and were quick friends.

I was able to wake up at 3am to watch UK play in the final four. This effort included me standing up from about 4am-4:10am to charge the laptop that I had hold the plug in by hand. The short version is Malta is on the UK electric system and this caused all kinds of problems for us, but we managed.

After my utter disappointment of the UK loss, I was happy to learn we were treated to a special Easter brunch in the morning.

We spent the previous night and following day exploring Valletta which was a beautiful town with a mixture of Arabic, English and Spanish influences. The cream buildings and large enclosed terrace windows, it was great to explore on foot.

As the sun begin to get low, we returned to our car, traversed the island of Malta to the port and landed in Gozo - our home for the next 6 nights.

I think we all agreed we've never stayed in a better airbnb rental. 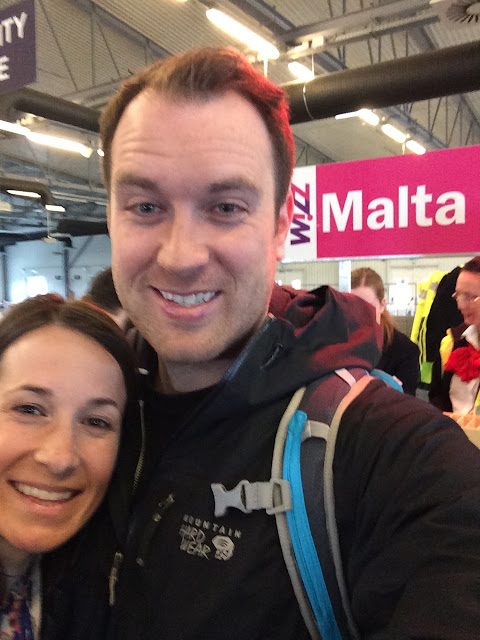 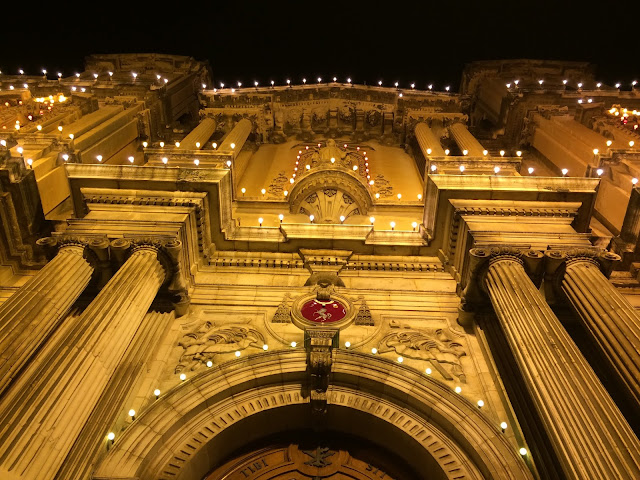 Easter in Malta - all of the lights. 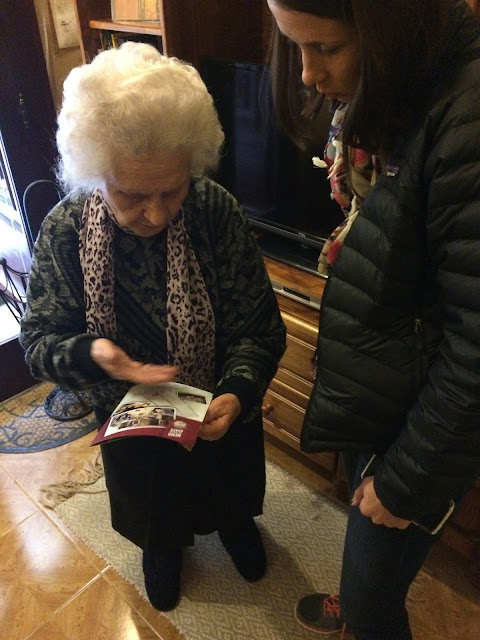 Quite possibly the sweetest old lady in Malta -- all 4 ft. After receiving an initial scolding for opening the doors too abruptly, we became quick friends. 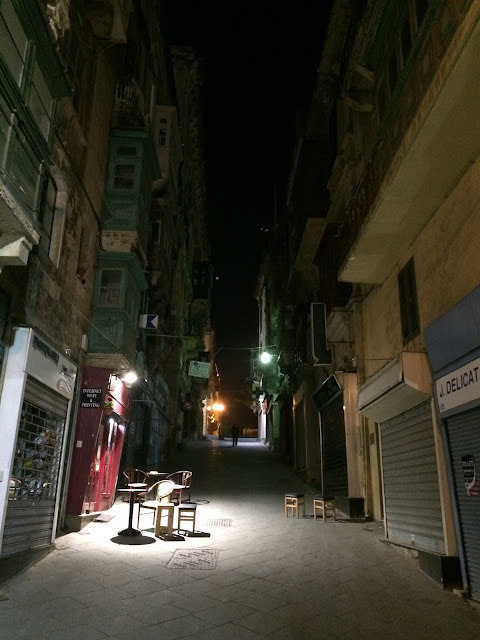 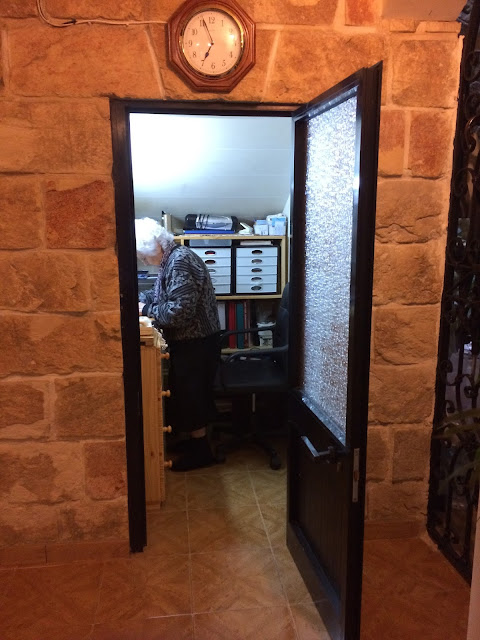 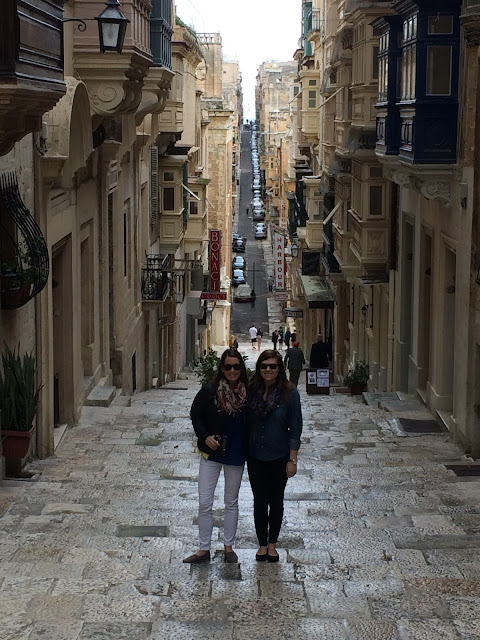 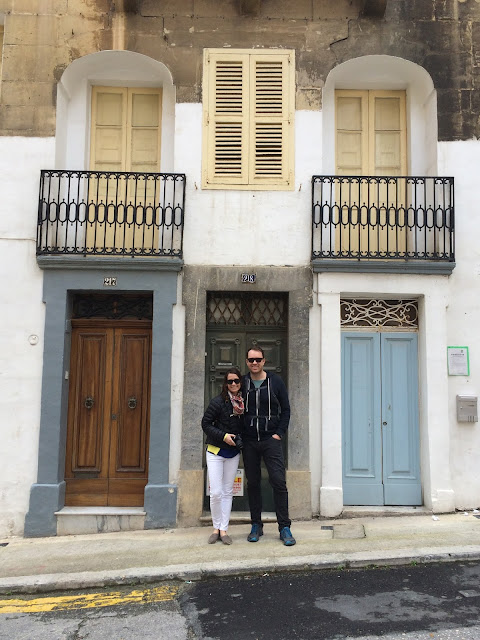 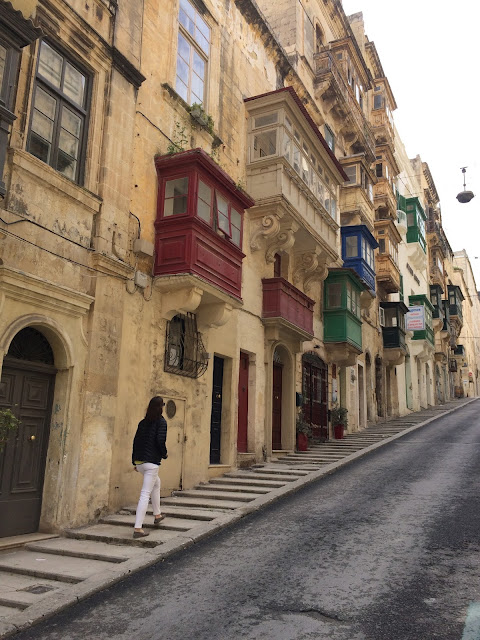 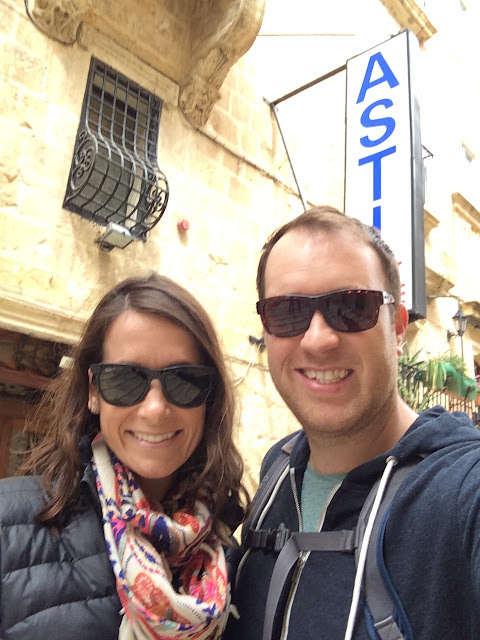 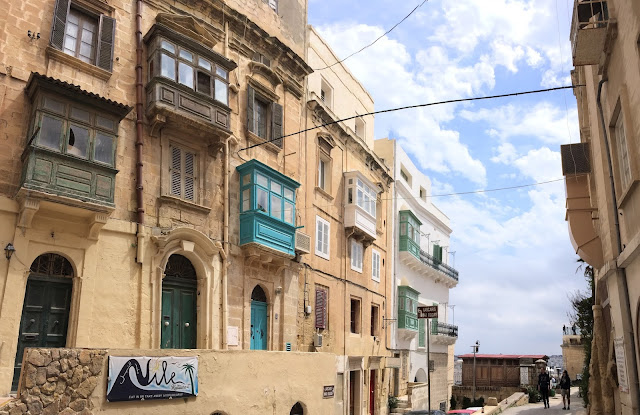 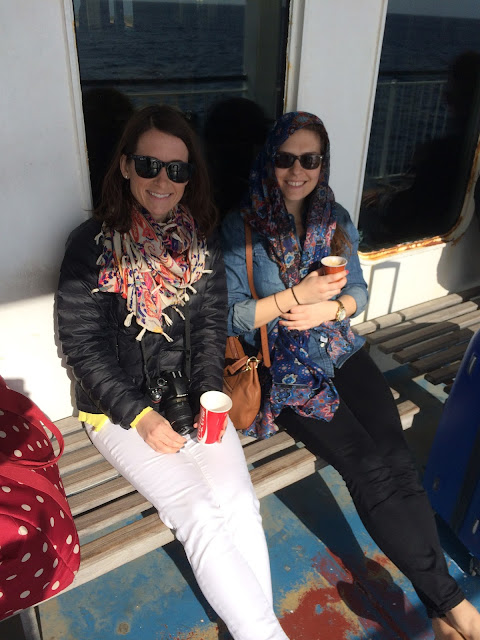 Ferry over to the island of Gozo.

These unforgettable views from our balcony in Gozo. 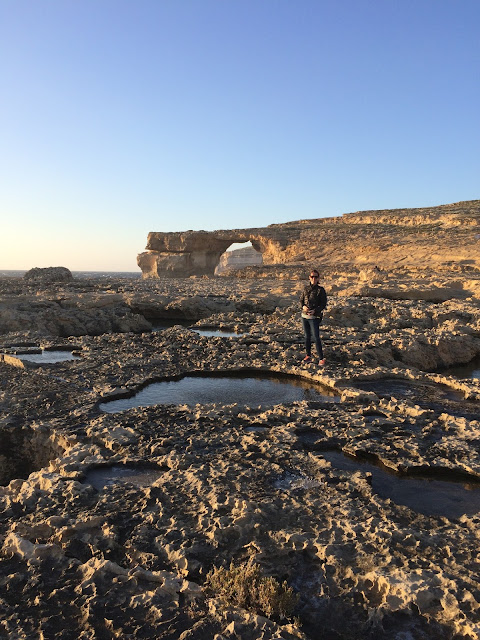 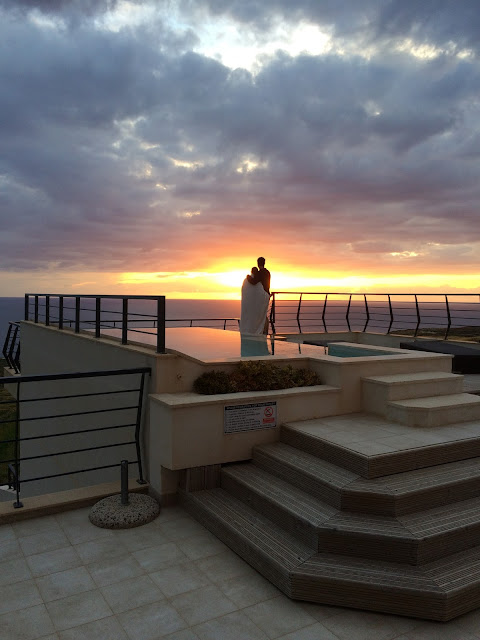 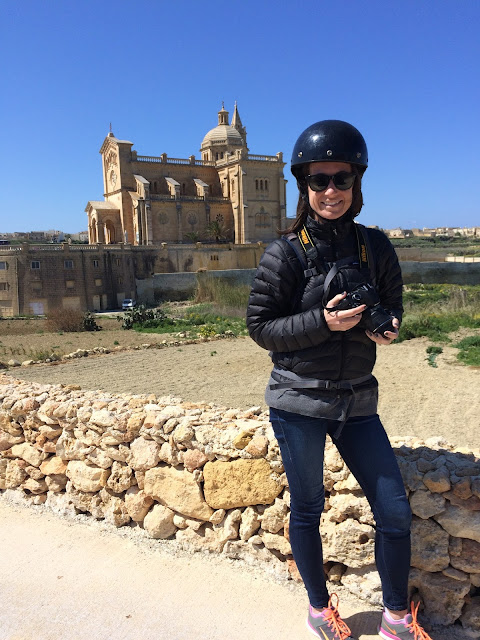 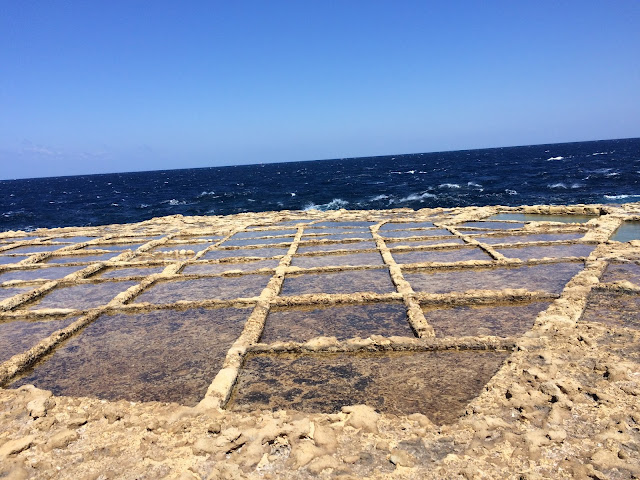 Roman salt pans, or panes or whatever. 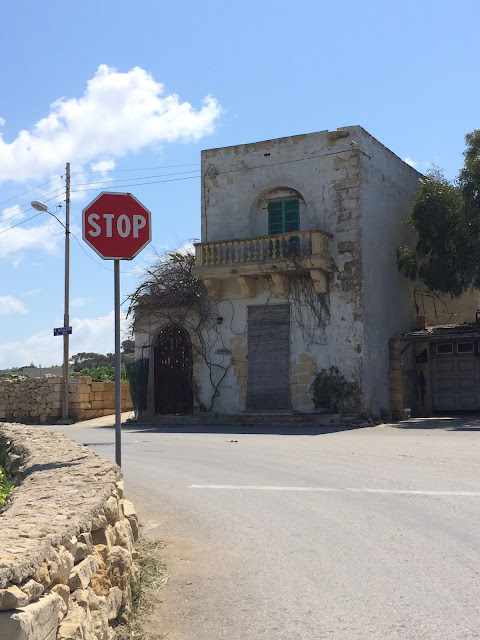 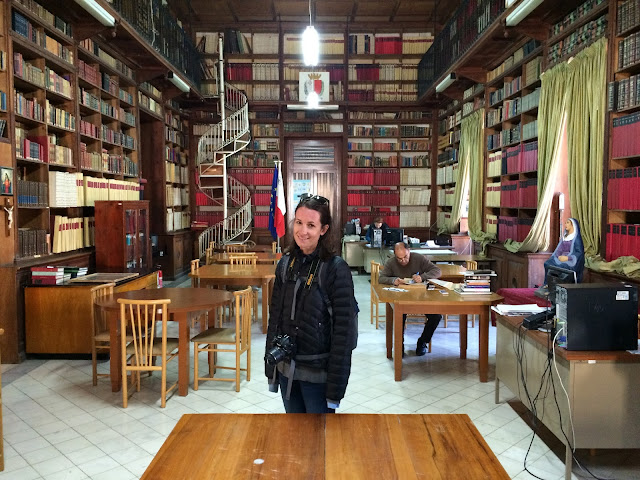 I think I enjoyed our time exploring this library more than Fancy (according to her face). 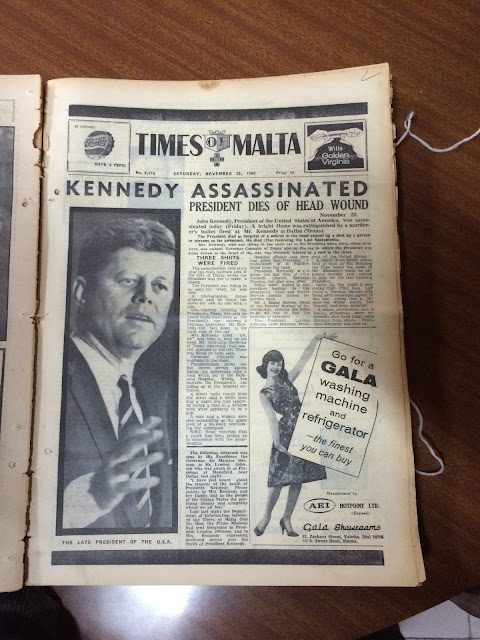 They had the original island paper for everyday since 1950-ish. 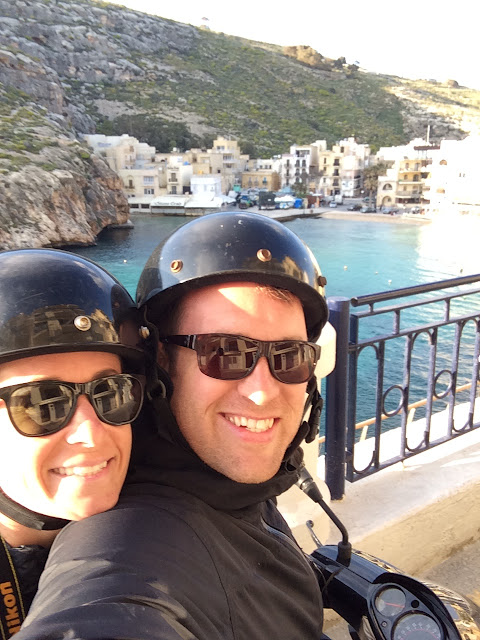 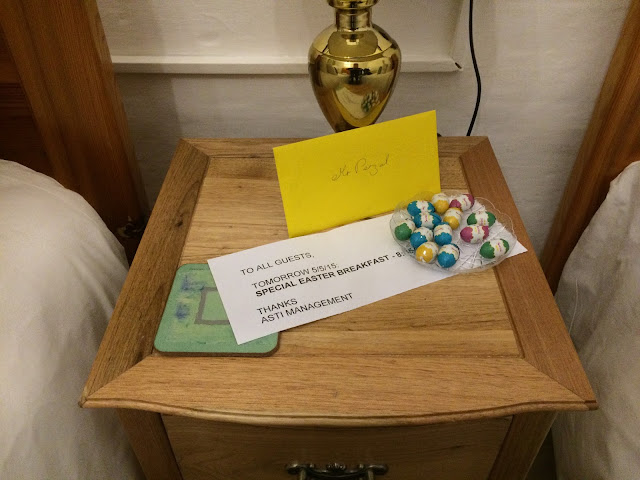 Easter goodies at the hotel in Valletta.

Our airbnb was on the downhill outskirts of the town of San Lawrence - including an epic view that will never be forgotten. Our terrace looked out over the Mediterranean with nothing but rolling hills and farmland beneath us. It even had a private elevator that opened into our kitchen.


Fancy and I rented a scooter and explored the island by bike. For us, it's a great way to see the island and explore some of the hidden parts and little alley ways. We visited Roman salt panes and what stayed with me the most was each small village's church and steeple piercing the otherwise flat and rolling hills.