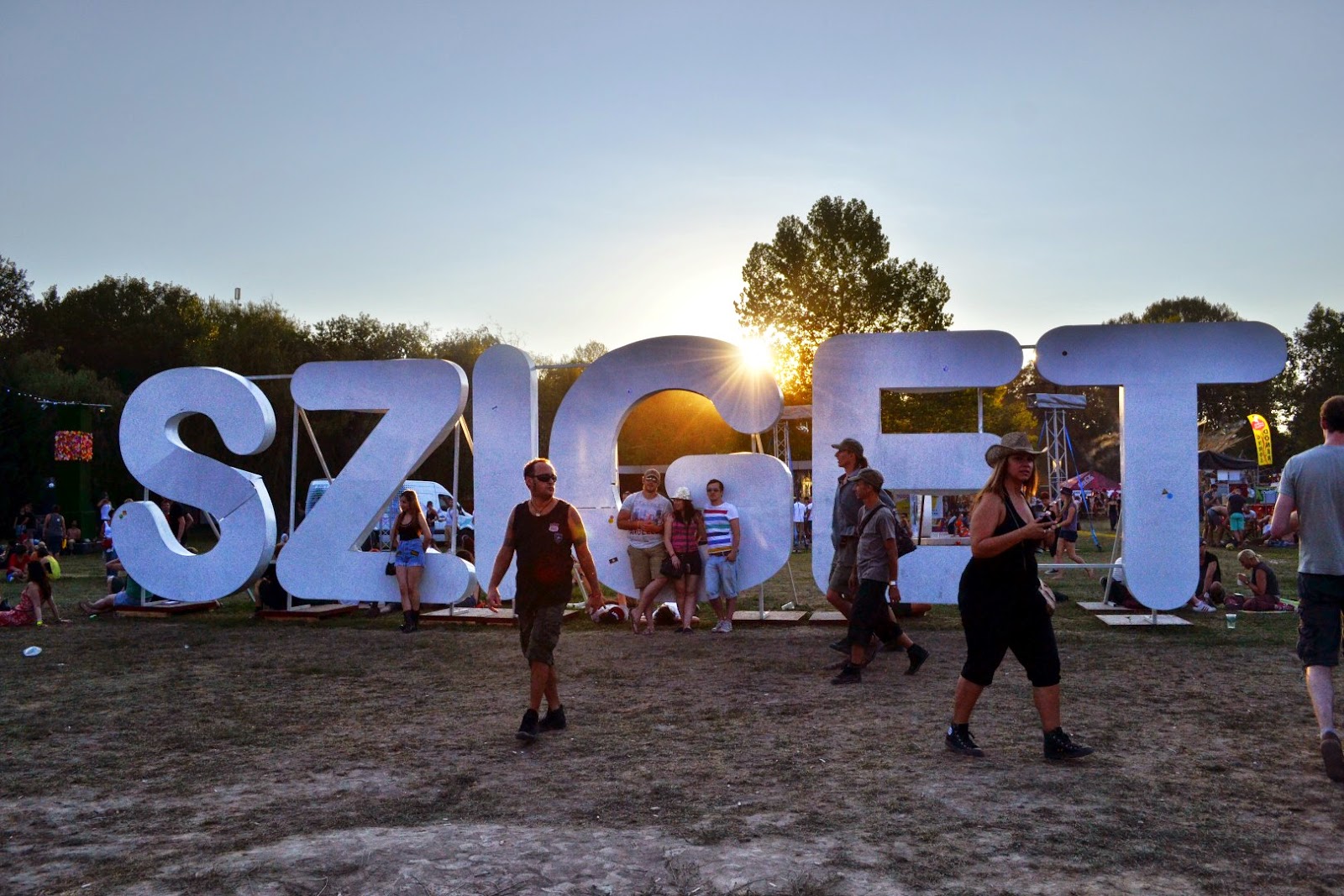 'Sziget' is Hungarian for island.


Europe’s largest music festival takes place every year in Budapest, Hungary.  Named the "Island of Freedom" the festival is held on an island in the Danube River and lasts 7 consecutive days. For the entire week, the city is swarming with braclet-wearing, festivals goers. People rock their Sziget bracelets like girl scouts rock their badges. 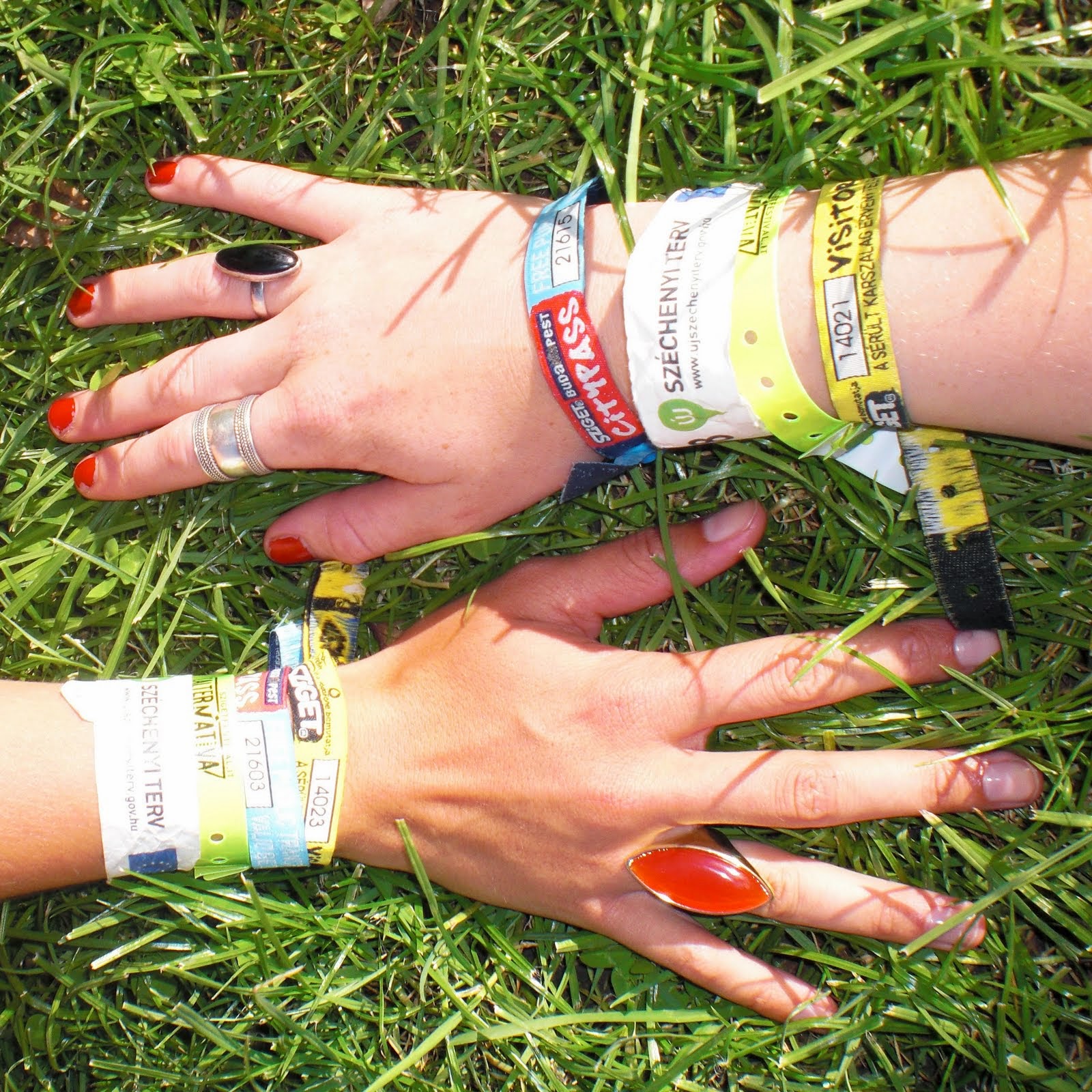 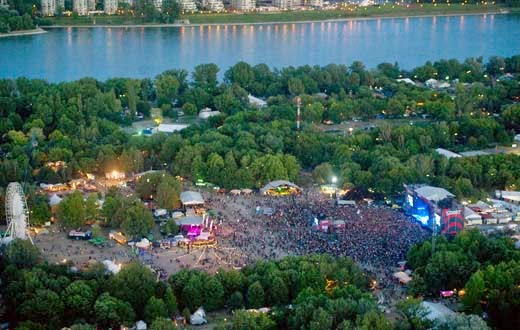 The performers are spread across 8 different stages and features everyone from up-and-coming bands, random djs, to some of the most popular groups in the world.  Each day, the shows begin at 10am and the last show doesn’t stop until 5am in the morning — however, in my opinion, the super late shows are for the weirdo raver people.  It's usually a massive crowd at the main stage. Tickets are sold by the day, for any of the 7 days. Or, you can purchase a weeklong ticket and camp on the island for the entire week.

What’s that?
This year's Sziget Festival just so happens to take place in our second week in Budapest?

Come again?
This year's Sziget Festival features Atlanta’s own rap group Outkast, who hasn’t performed in over 10 years?
We took that as the sign that it was.  We splurged and bought tickets for the final day of the festival, which featured a British band The Kooks, Calvin Harris and Outkast, among others. While many today are claiming they are a fan of Outkast, I am true fan.  Let me take you back to 1996, when I used to listen to ATLiens while cruising on the riding lawnmover while cutting the yard at my parent's house.  I may or may not have even tried to memorize all of the lyrics (I decided it was impossible, for the record).

Needless to say, Fancy and I were both excited for the chance to see some Atlanta in Budapest.

For anyone that has ever attended a festival, you know the type of people they attract.  In the past, I’ve always prided myself for being adaptable, easy and go-with-the-flow.  On the other hand, I’ve also begun to notice a few moments where I'm slowly transforming into a cankerous old man.  For example, last summer at the beach when I see a car full of girls drive by, hanging perilously out of the window, I still have the instinct to shout at them, but now it sounds more “you really shouldn’t hang out of the car like that, you might fall and get hurt!!”

All of this is to say, it was difficult to really enjoy the “atmosphere” of the 7th and final day of a music festival that’s been taking place on an island where the majority of the concert-goes have been camping out all week.

I think we can all agree that Europeans have a stereotype for winning in the body odor department.  But damn.  This festival would cement their place in my heart forever.

Most of the guys weren’t wearing shirts (yeah, I used to be able to do that, too).  Many dressed up in hopes of garnering attention like the guy dressed up in a full giraffe suit with some piece of plant that I’m sure he plucked from the island tucked into his mouth, carrying a sign that says “Giraffe Eat Weed”.  I mean, that’s not even grammatically correct. 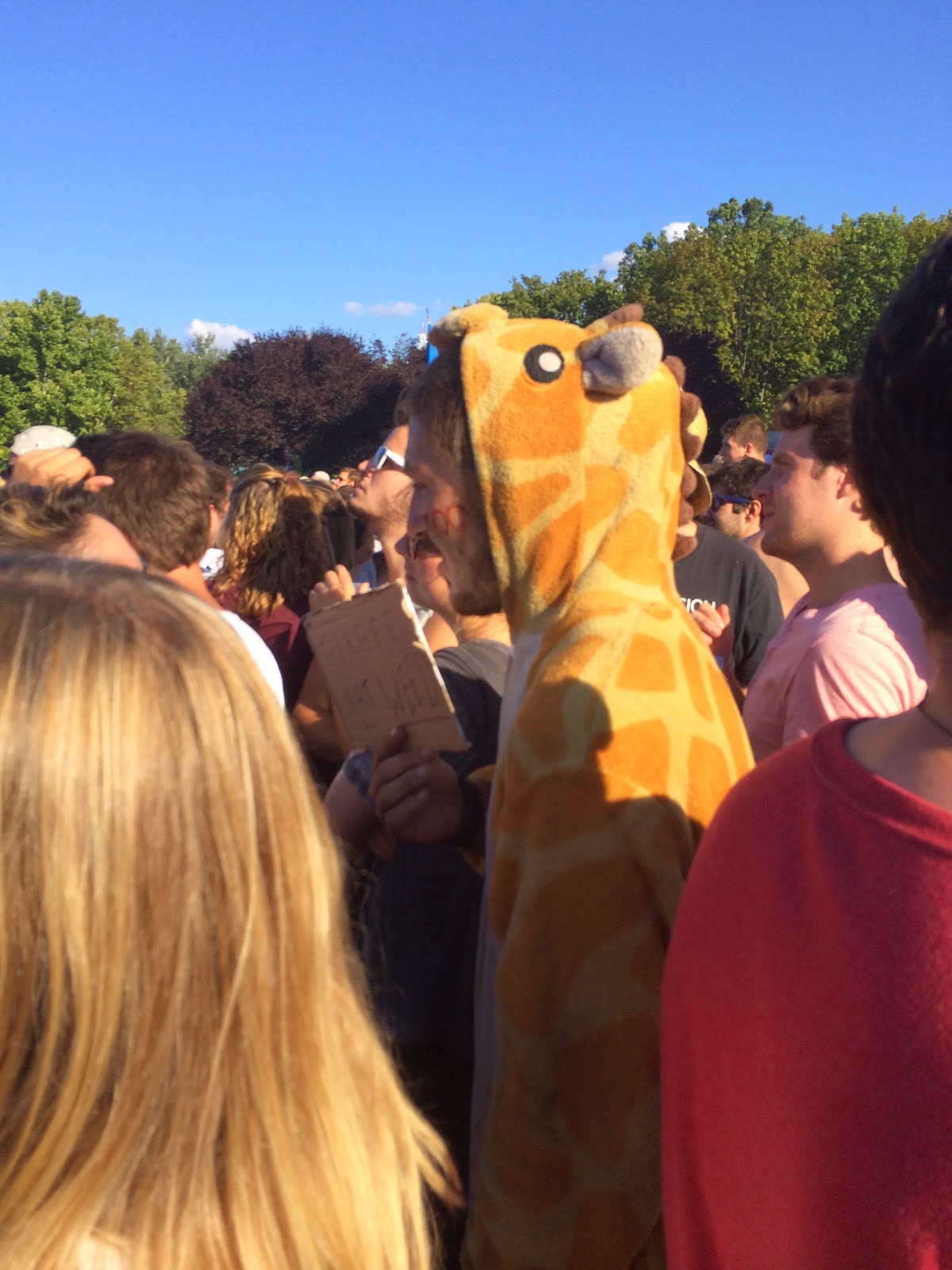 On the island, I realized I've officially passed the time in my life where I can enjoy all of this as ‘part of the experience’.  My idea of fun is no longer bouncing around, elbow-to-elbow while everyone rages their faces off.  Send me to the VIP area, with air-conditioning, ice in my drinks, a toilet that flushes, please.

We navigated the entrance early and found our way to the main stage.

The long walk was lined with smaller stages, food vendors, but the mass of bodies lounging around, recovering from the night before and gearing up for their final ragefest.  It was somewhat surprising since it was already 4pm.  We arrived just in time for the beginning of the first of the three main acts, The Kooks.  There wasn’t much of a crowd and we were able to get relatively close.  At the end of each show on the main stage, there are a sea of people that drop back to the food trucks, mobile bars, bathrooms, etc. to make use of the 45 minute break and simultaneously there are a sea of people that push forward to get closer to the stage, willing to sacrifice 45 minutes of standing in order get closer to the stage.  I shouted "YOLO" and we rushed forward.  I’m kidding, I will never shout that, but we did move forward. 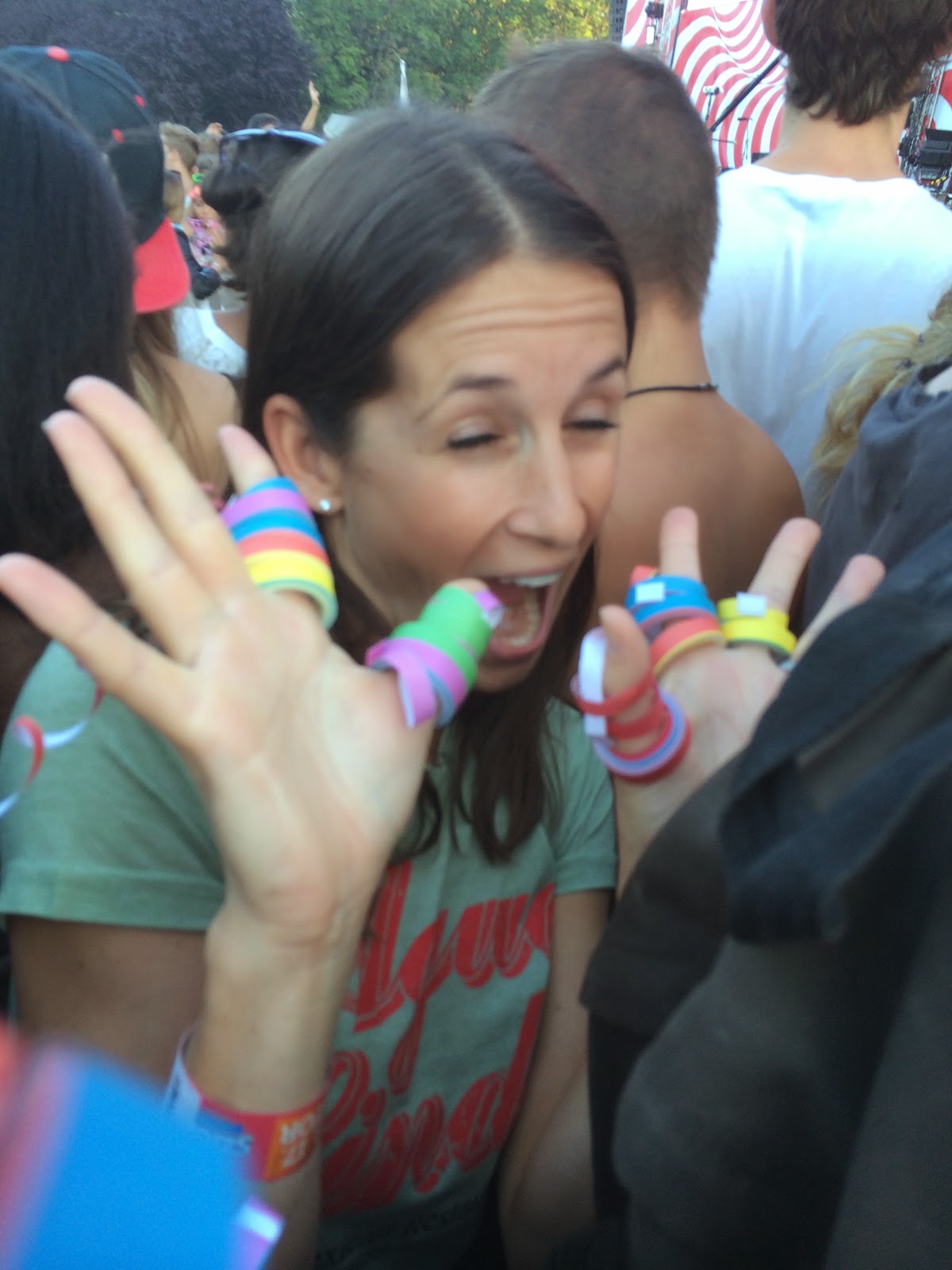 We got really, really close.  The problem was so did everyone else.  Before we knew it, we were engulfed in a sea of people where the idea of individual’s space or a personal bubble ceased to exist.

“Oh, it’s just festival” the girl that keeps ‘accidentally’ bumping into offers as a quasi-apology.

As Outkast finally comes on, I was a little nostalgic seeing the US flag on the stage, while surrounded by a bunch of smelly euros.  Of course, we were sure to let everyone around us know that Outkast hails from our same hometown of Atlanta, GA as if we both grew up on the same street. 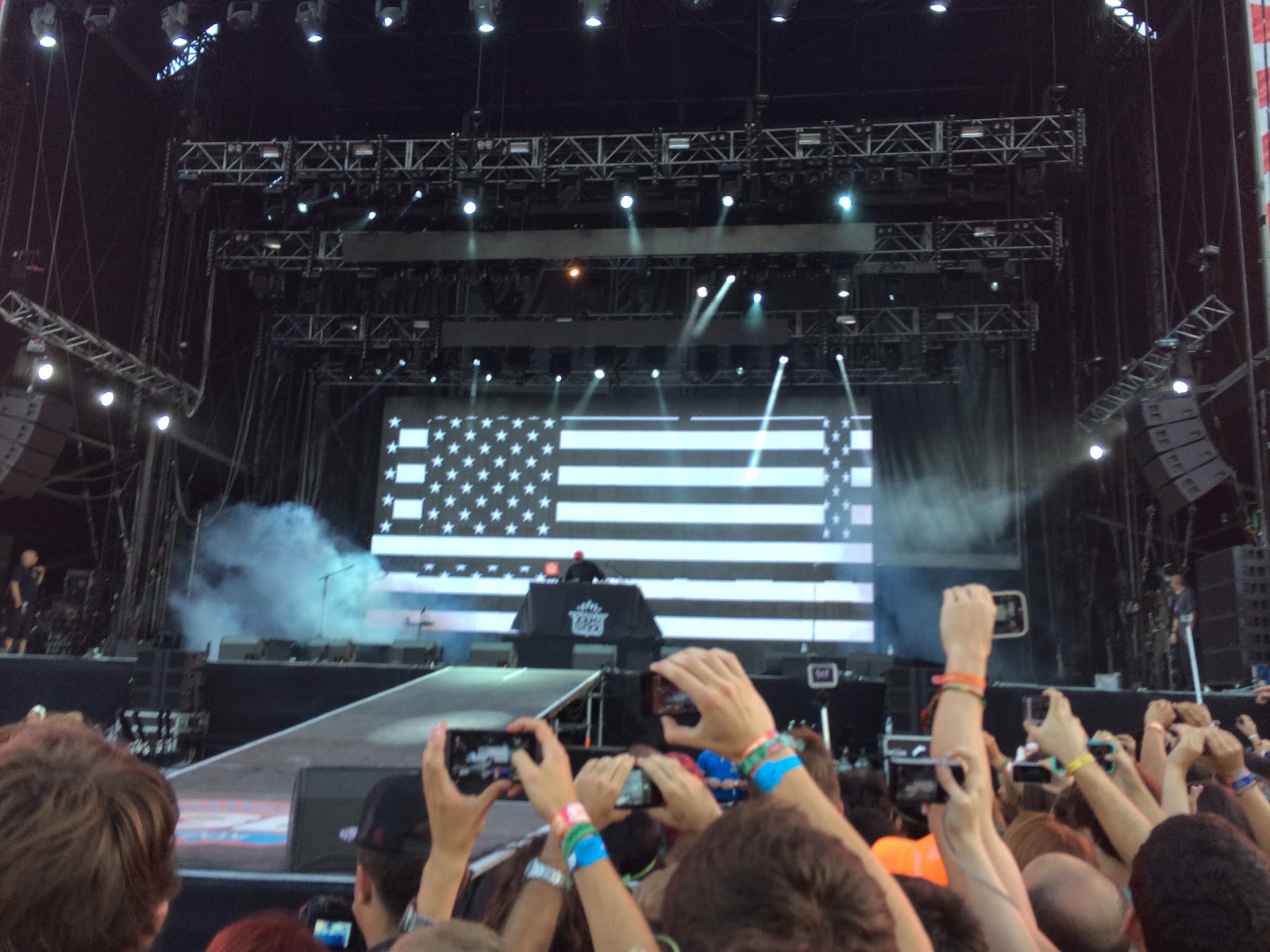 I’ll leave the rest for pictures, but it was an hour and a half of being a human pinball, while listening to really good rap music.  For the record, we did try multiple times to throw up the “A-town” sign with our hand, to no response. It was incredible to experience the energy of the show so closely.  We would only realize how large the crowd was after we backtracked to watch Calvin Harris from afar. 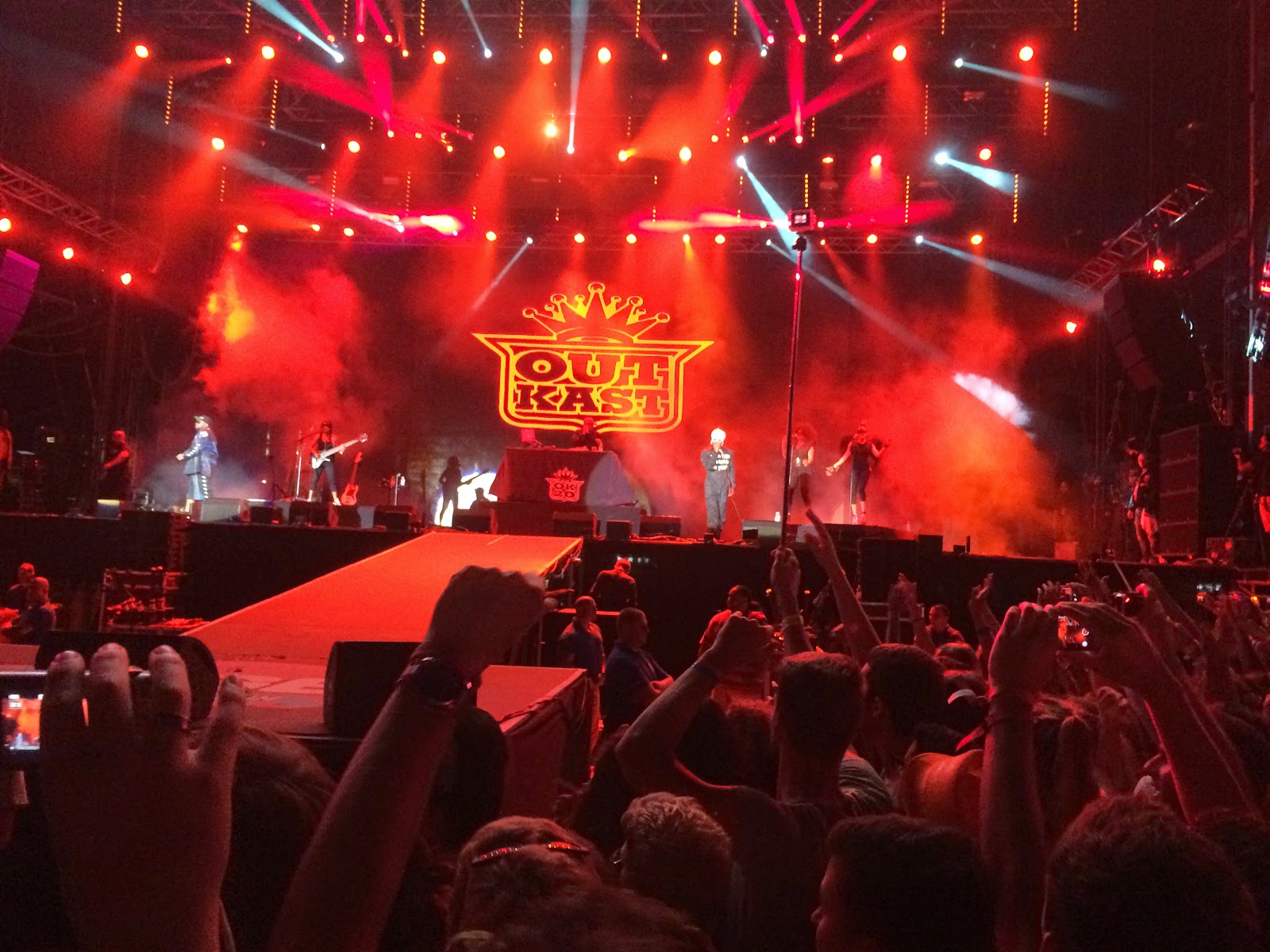 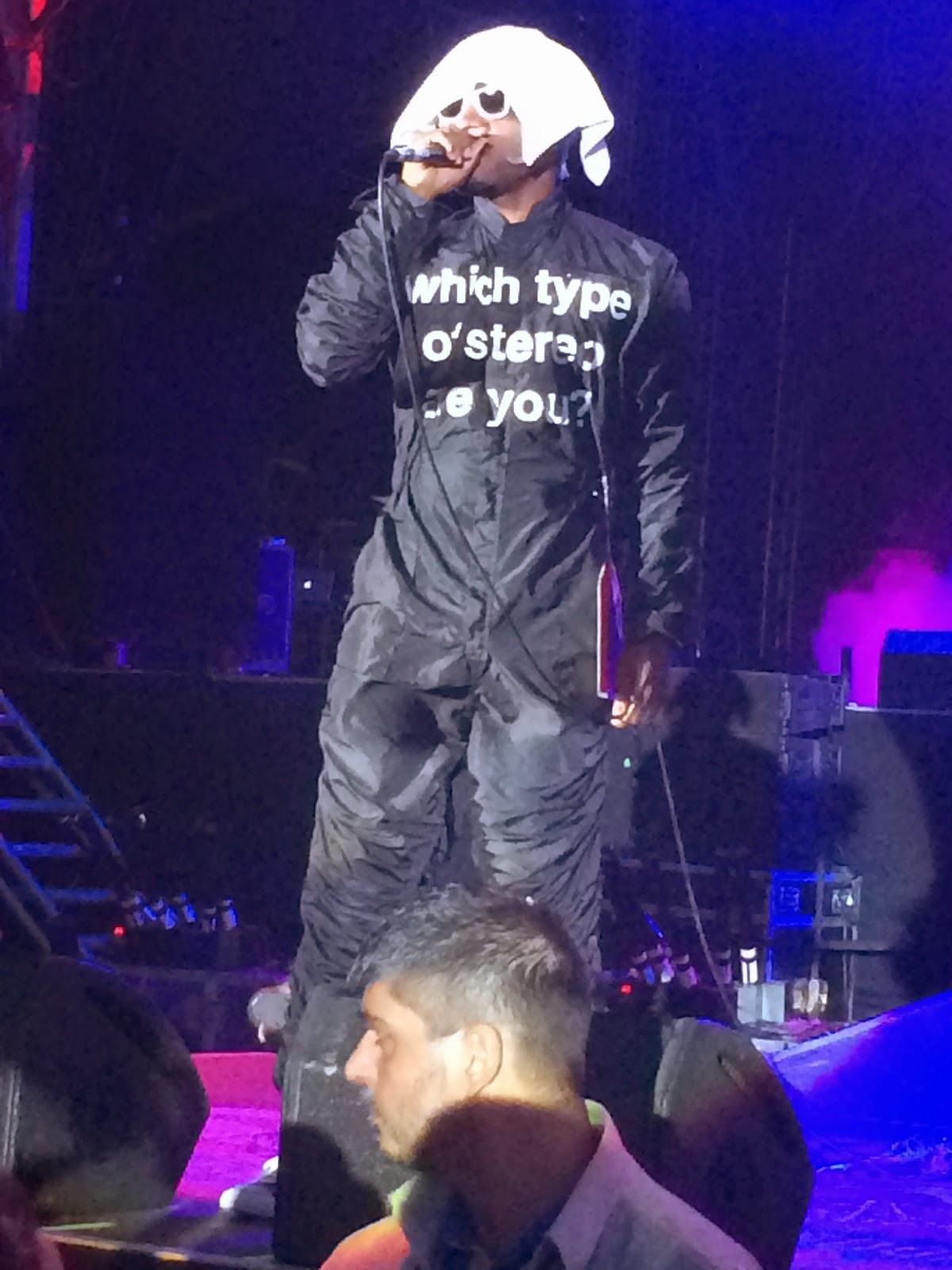 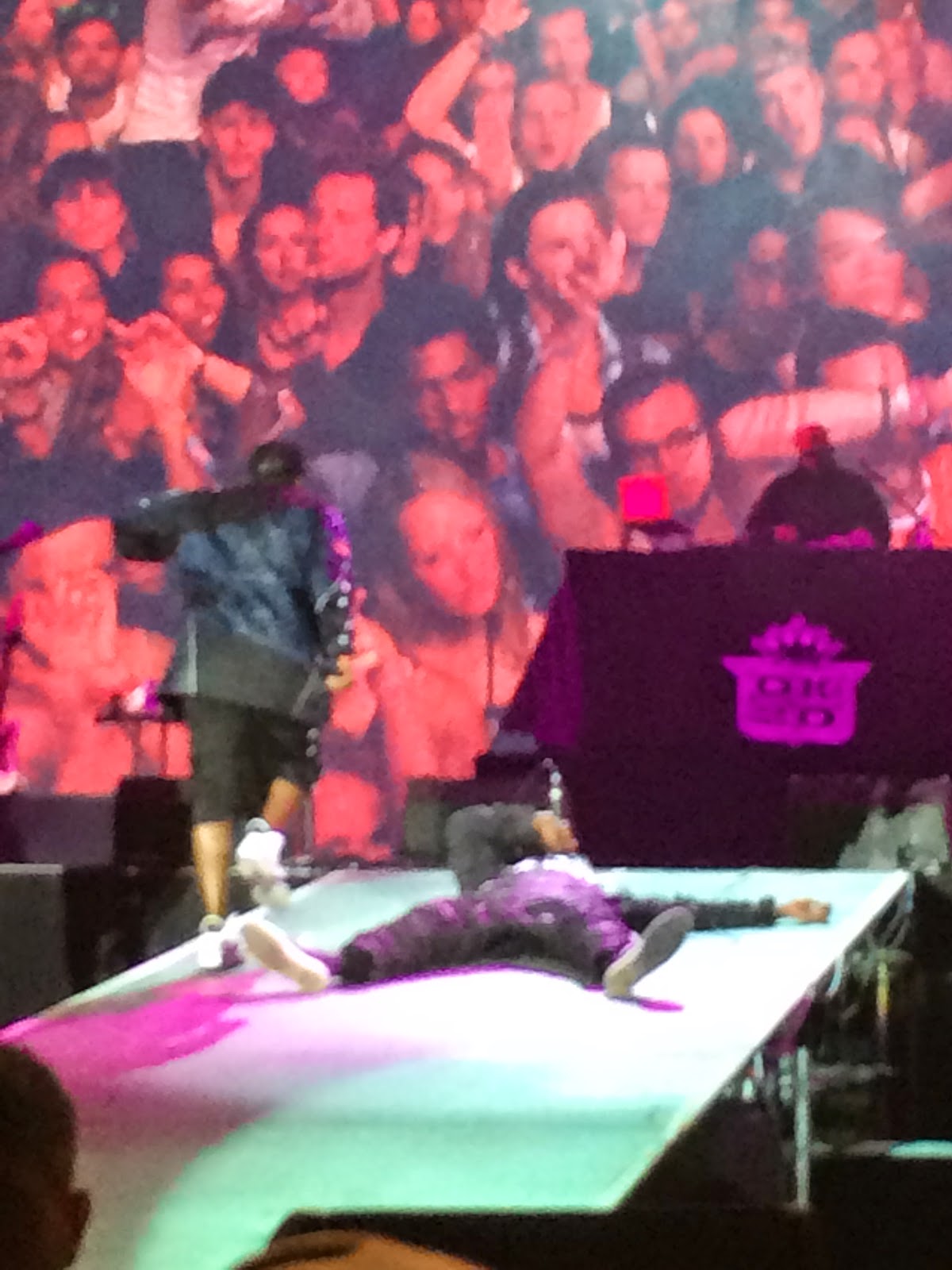 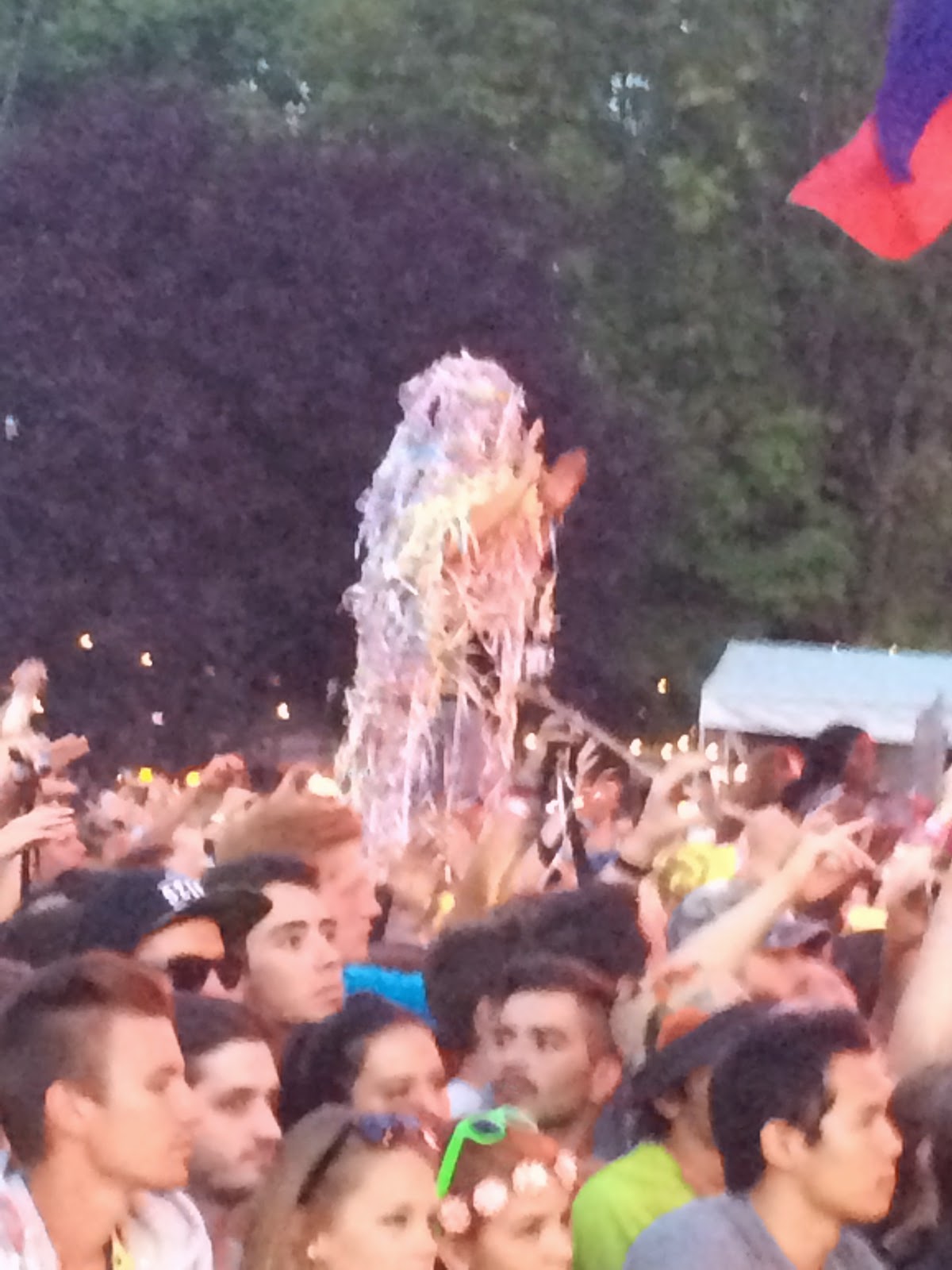 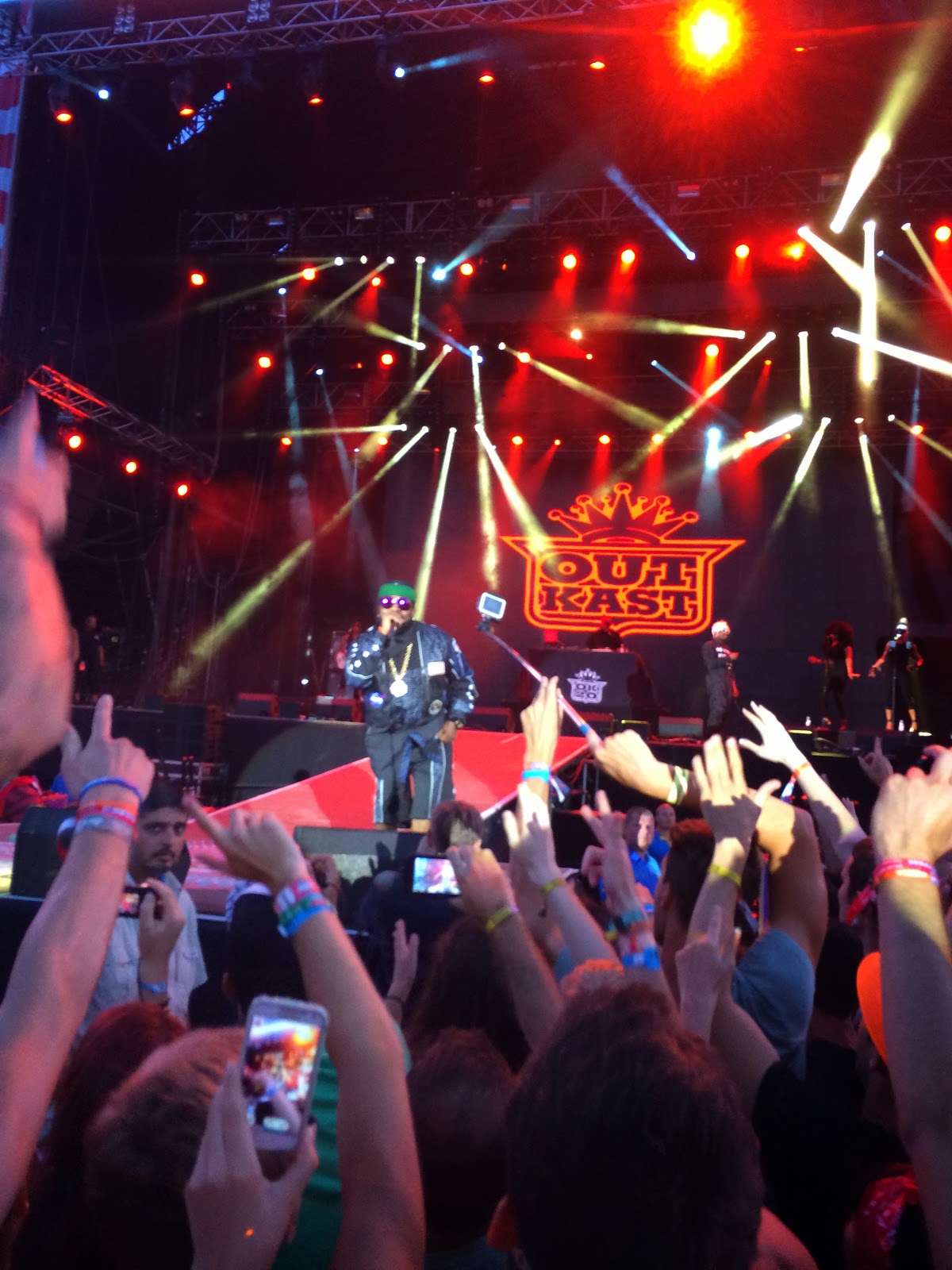 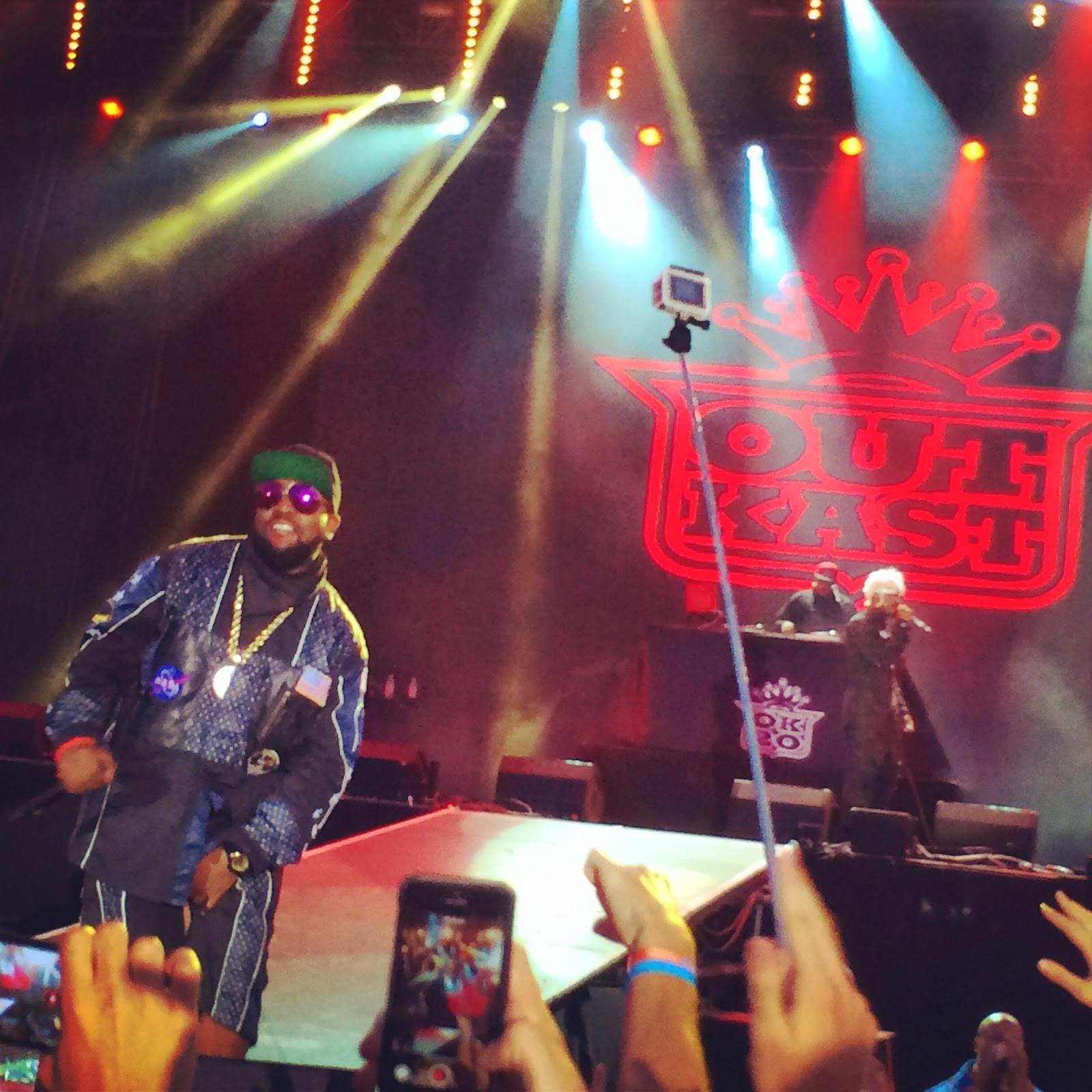 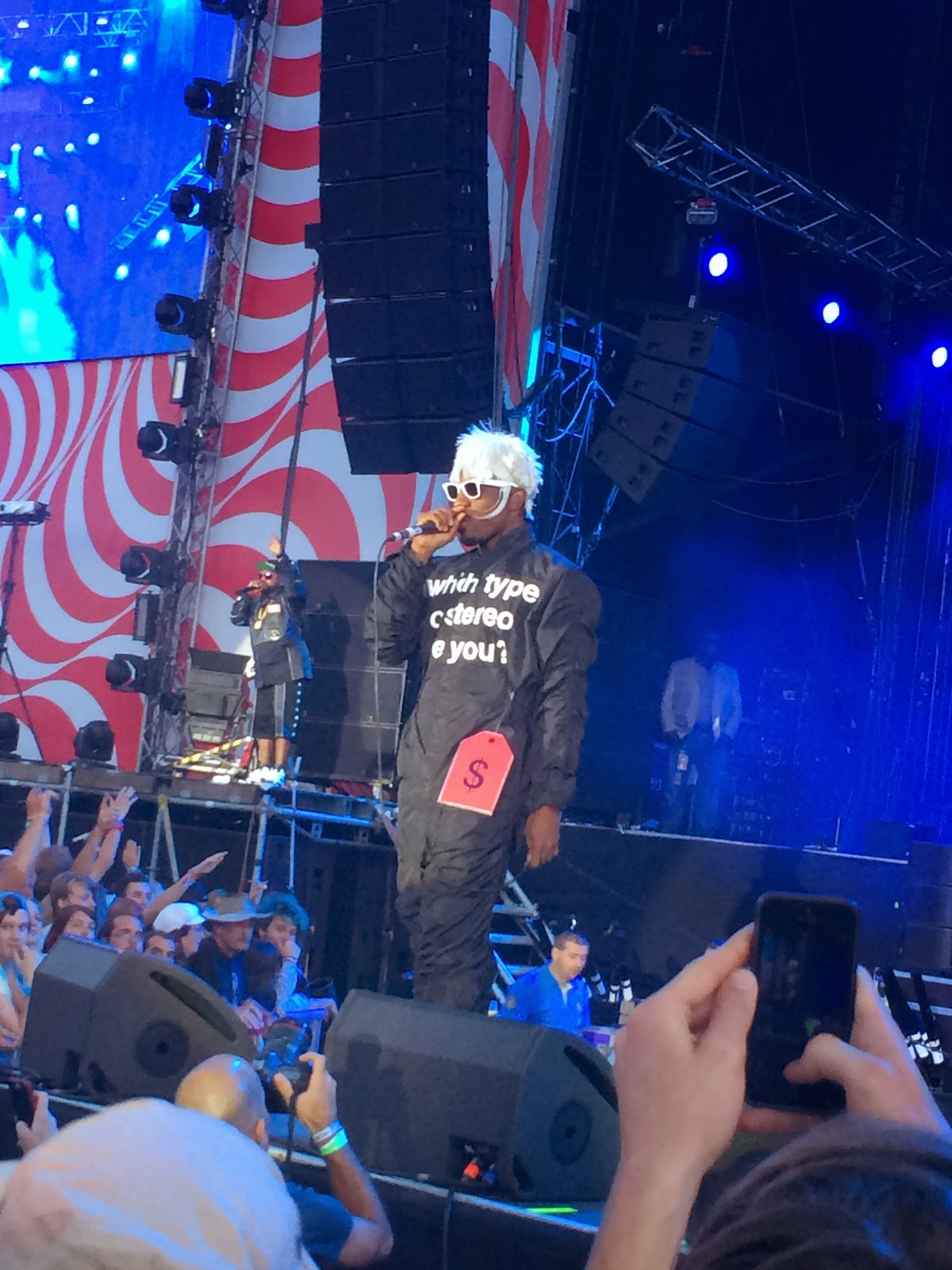 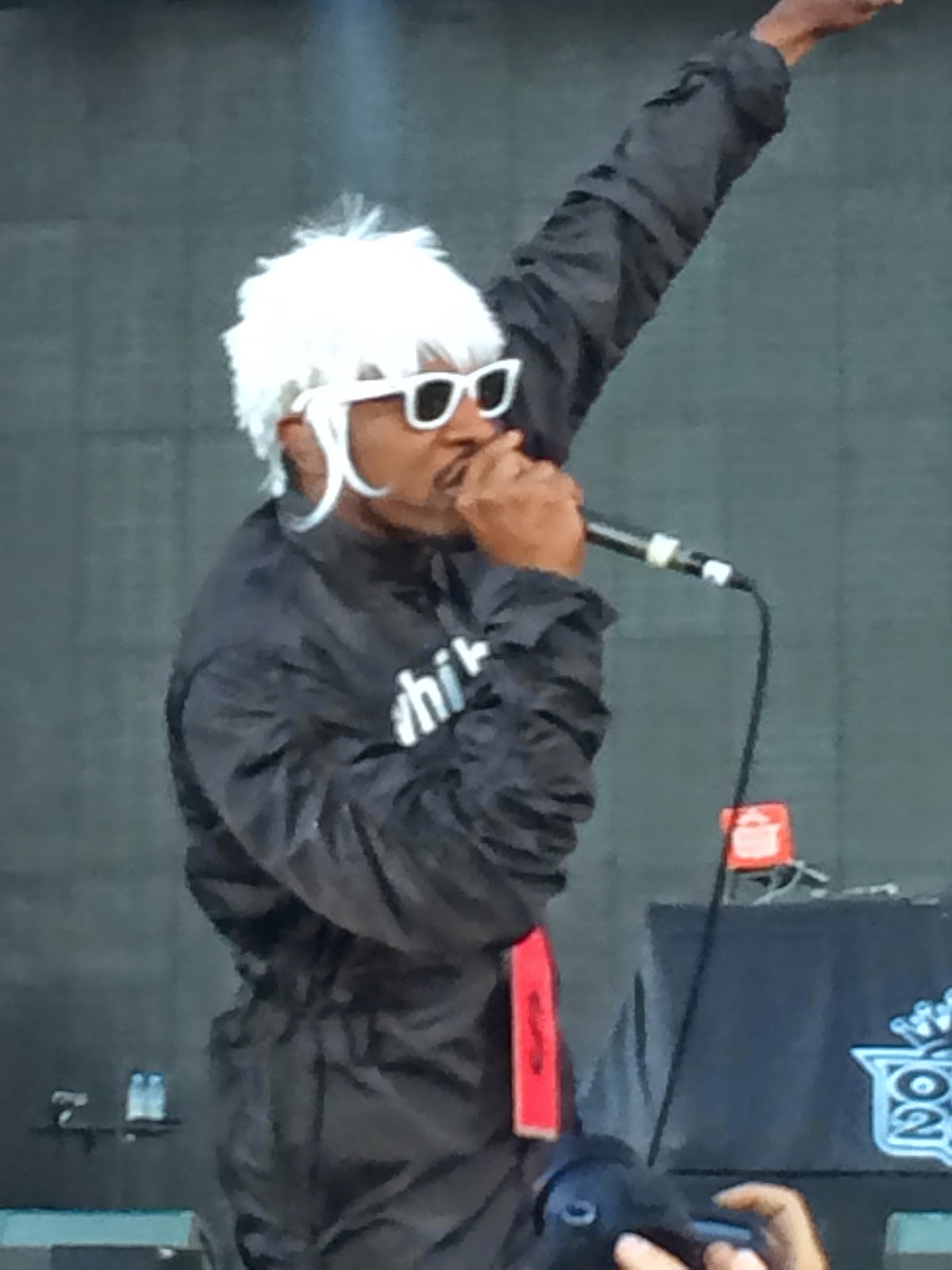 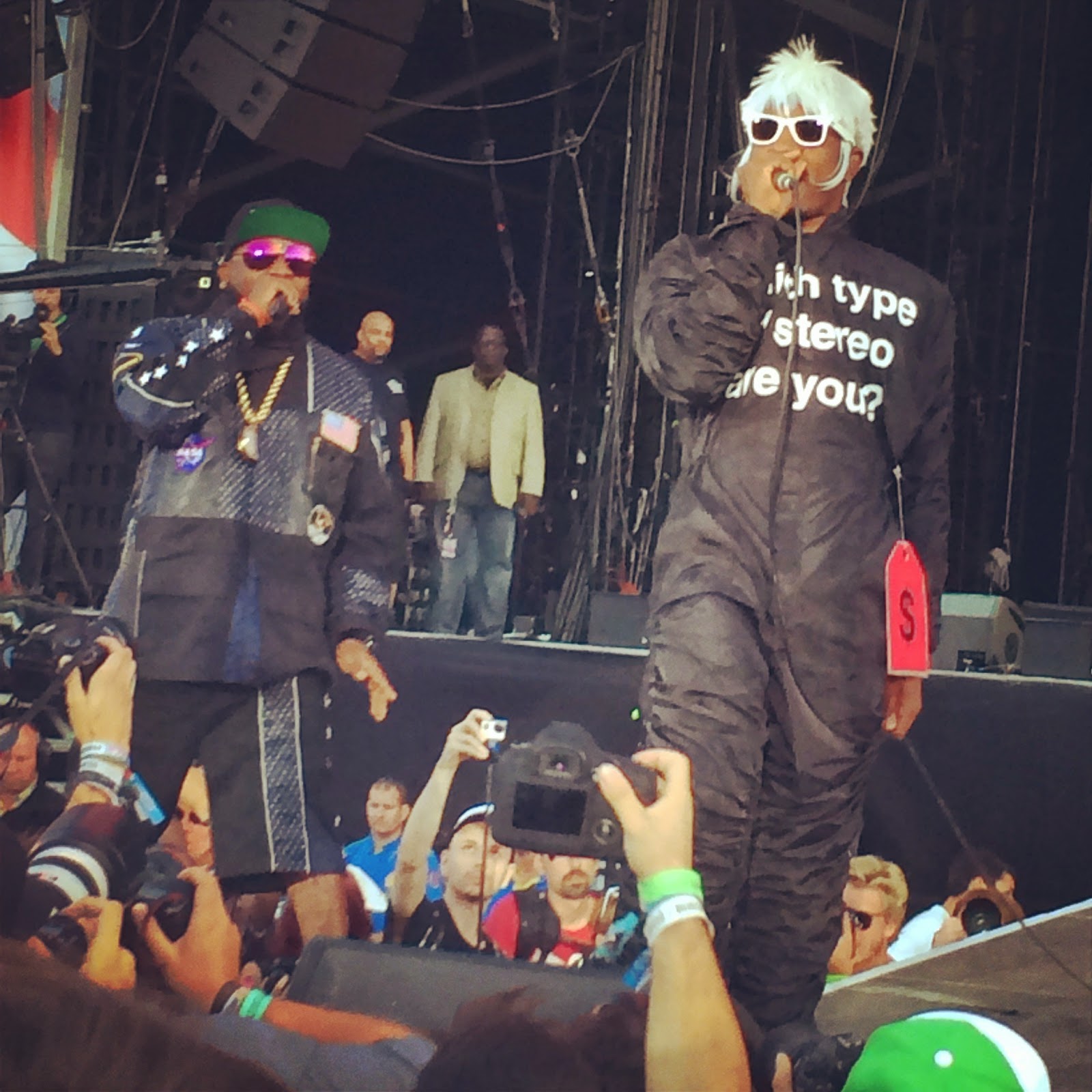 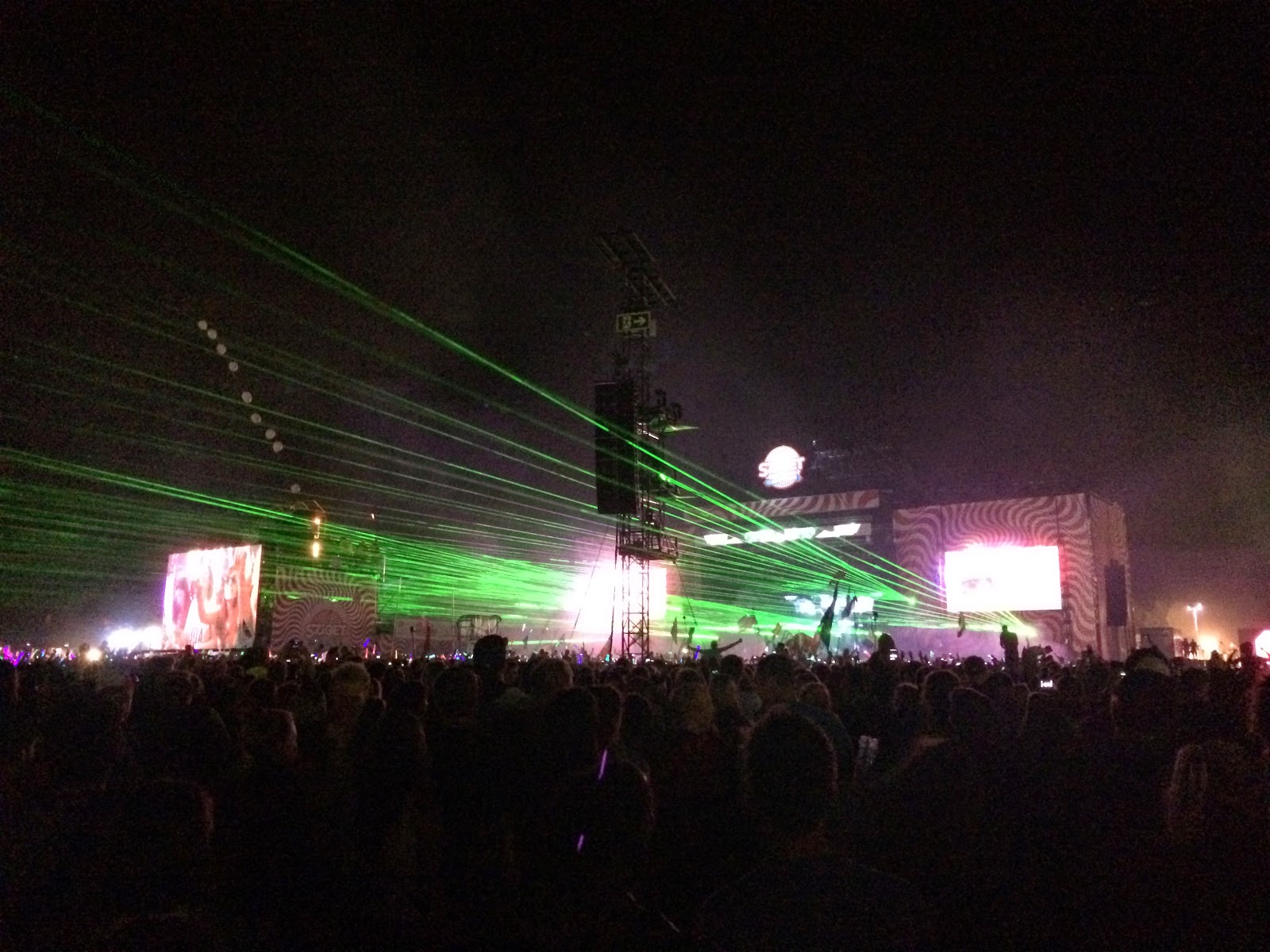 We raged to Calvin Harris from a safe distance. 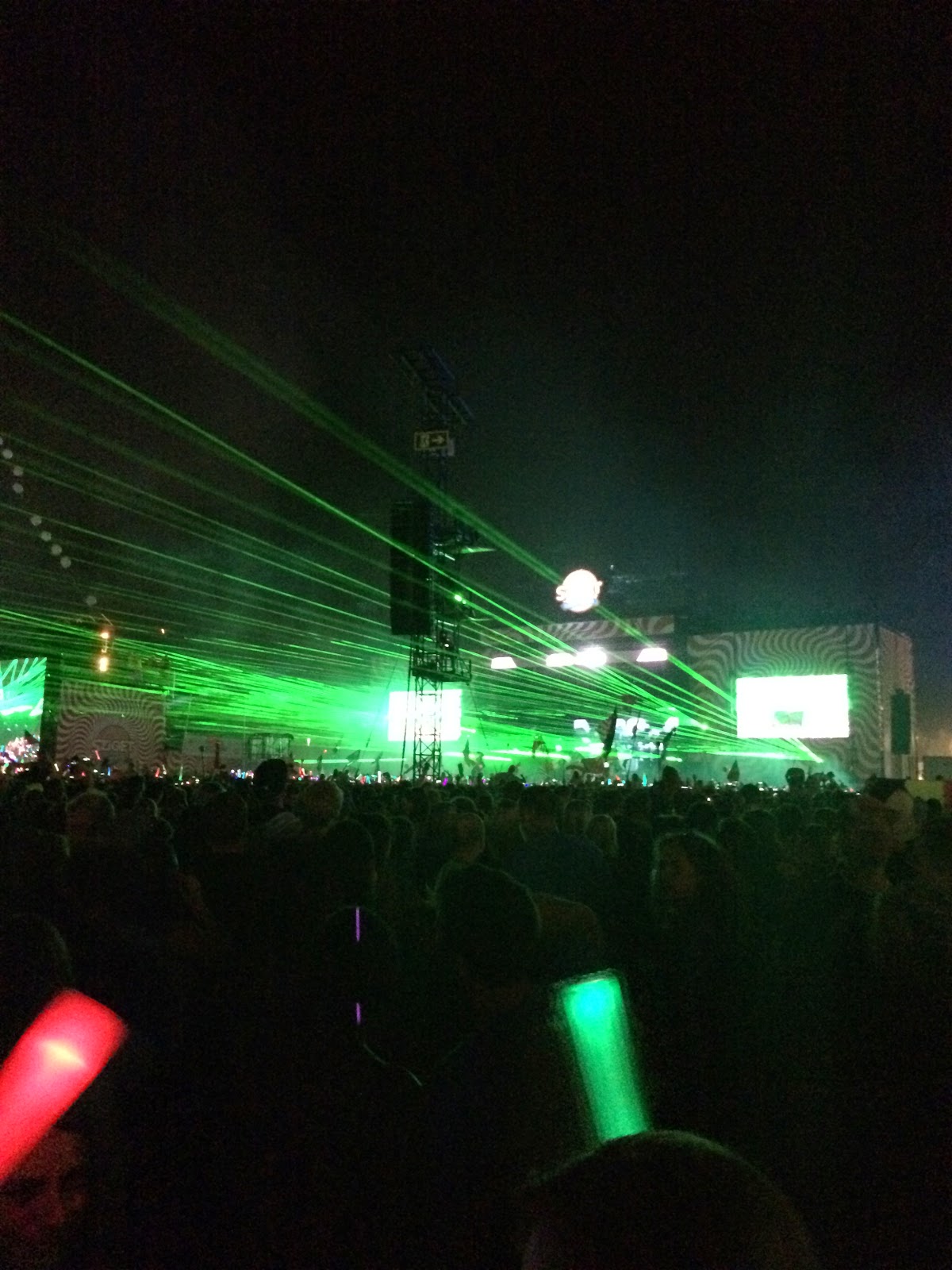 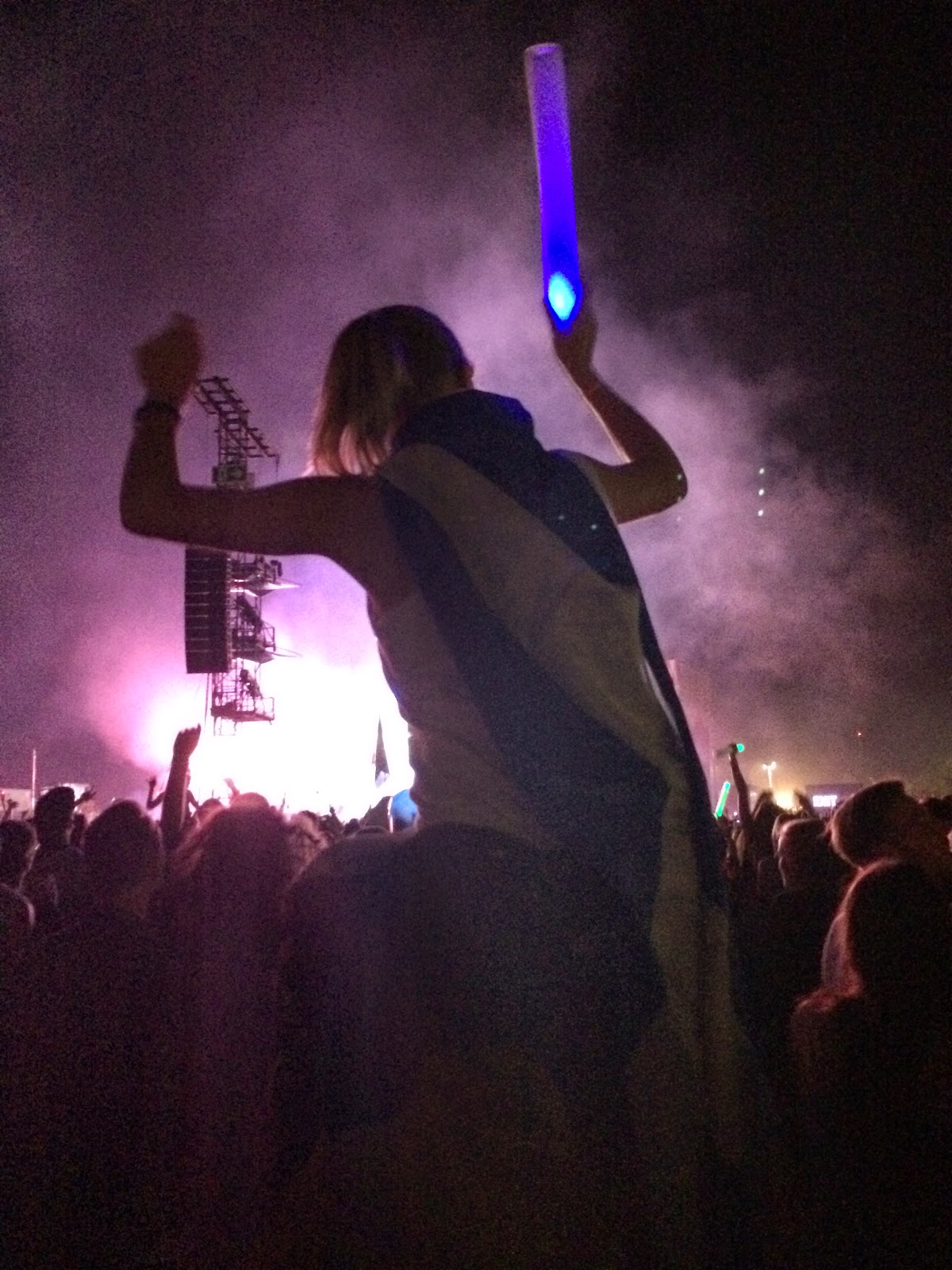