The Hunt (for a flat)

'The Hunt' chronicles the arduous and down-right painful, annoying, this-is-taking-way-too-long process for finding our flat in Budapest.

When we began The Hunt, we were warned to look past the way the buildings might appear.  We thought that was strange advice until we started hunting.

As some of you know, Budapest is actually the combination of two smaller towns (some will say three) called 'Buda' and 'Pest'.

The Buda-side is thought of as more proletariat, fancy-smancy and generally more expensive.  The Pest-side has historically been the 'blue collar' side, the factory side and generally less expensive.  Both sides offer their distinct advantages and disadvantages.  Most will agree the city centre and the heart of the city is in Pest, while Buda 0ffers the benefit of being in the city but away from the middle of the action.

Buda has the Buda castle, which is confusing because there isn't a castle.  Pest has Parliament. In Pest you tend to find more bars, restaurants, cultural events than in Buda.

Or, as some say "Pest people like to party" -- I have to admit I'm a sucker for a good alliteration. 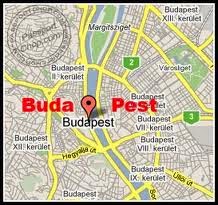 The majority of the residential buildings on the Pest side were built during the "golden years" of Hungary which means they are over 100 years old (most likely built between 1890-1914).  Of course, there has been new construction, but not as much as you think.

“In Budapest, you will notice many building and structures might appear ugly and crumbling on the outside, but the inside of the building will be perfectly acceptable”.

It’s a fact that doesn’t make it more visually appealing, but I guess you just learn to accept it (and eventually appreciate it). 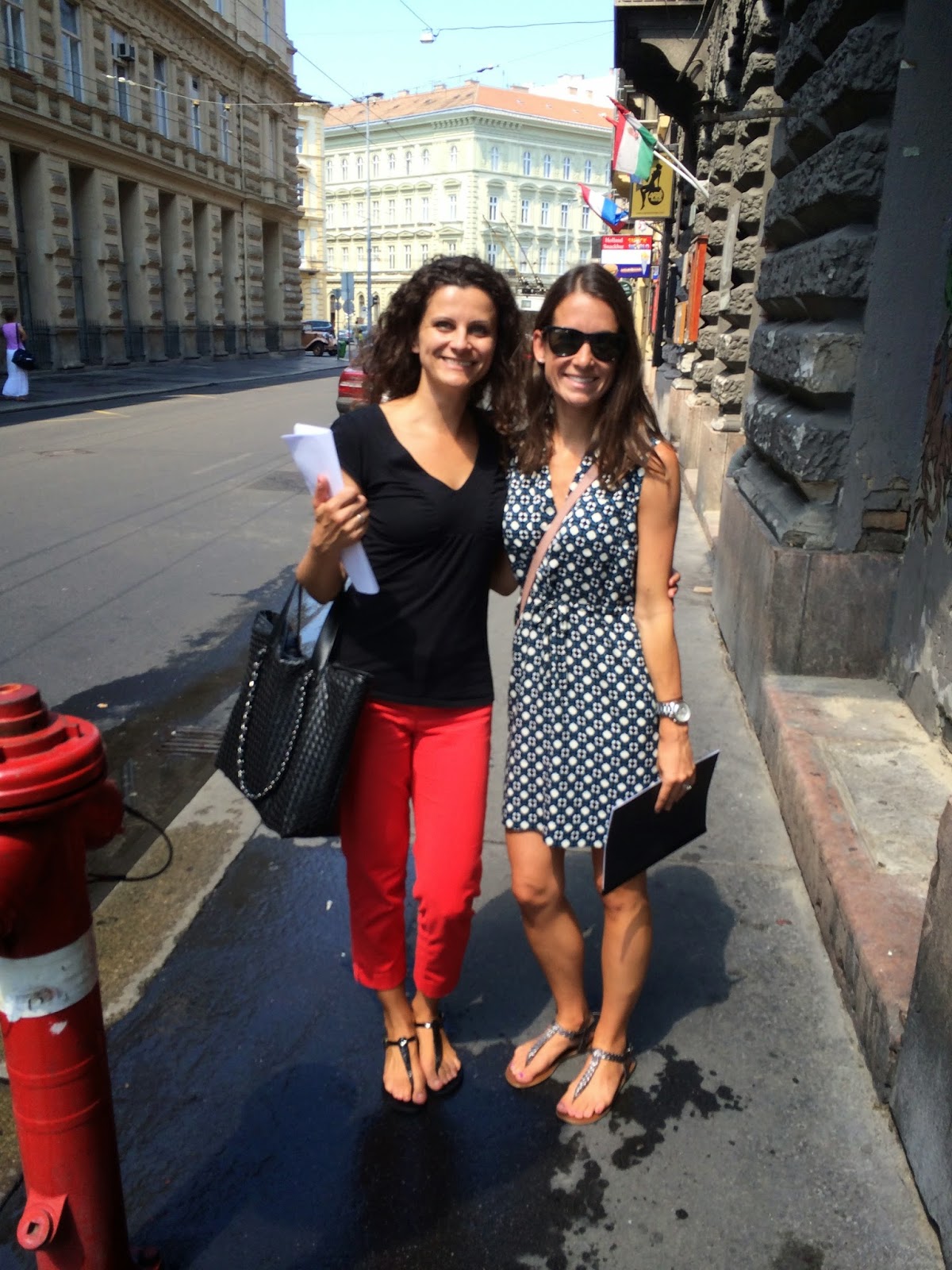 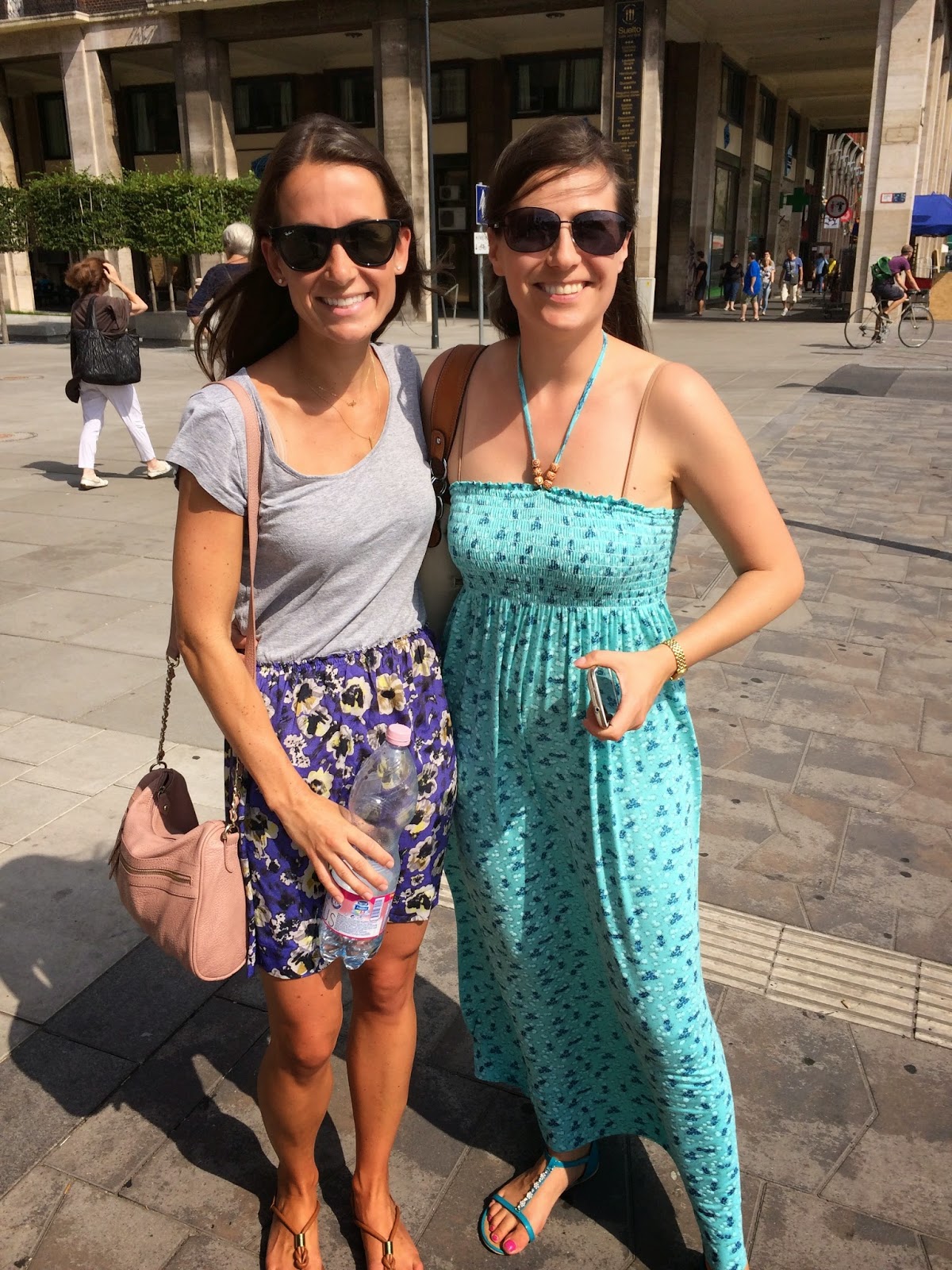 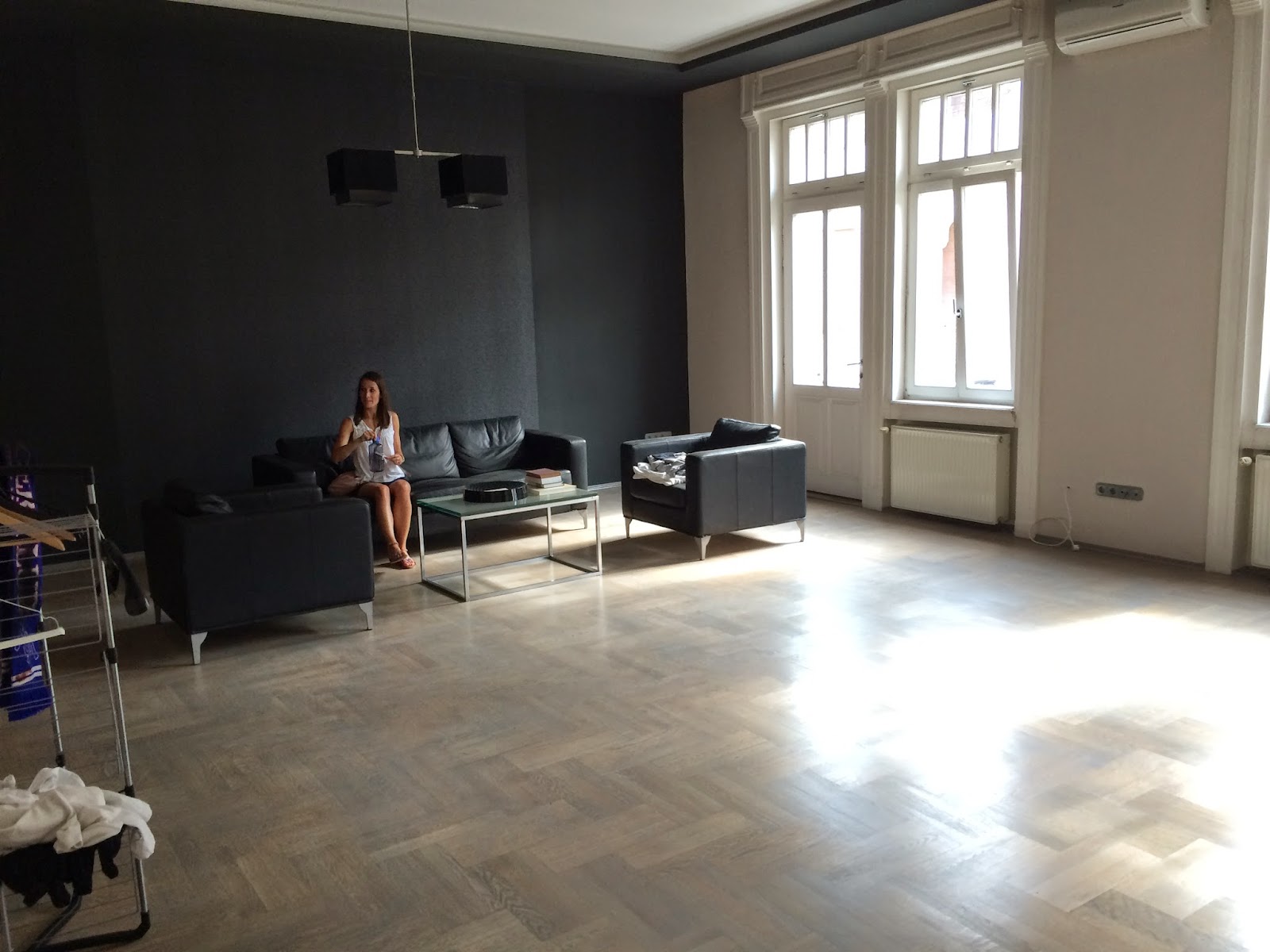 This was a bachelor pad that Nancy wouldn't go for. Ahh, some tasty 'nudles' after the hard work. 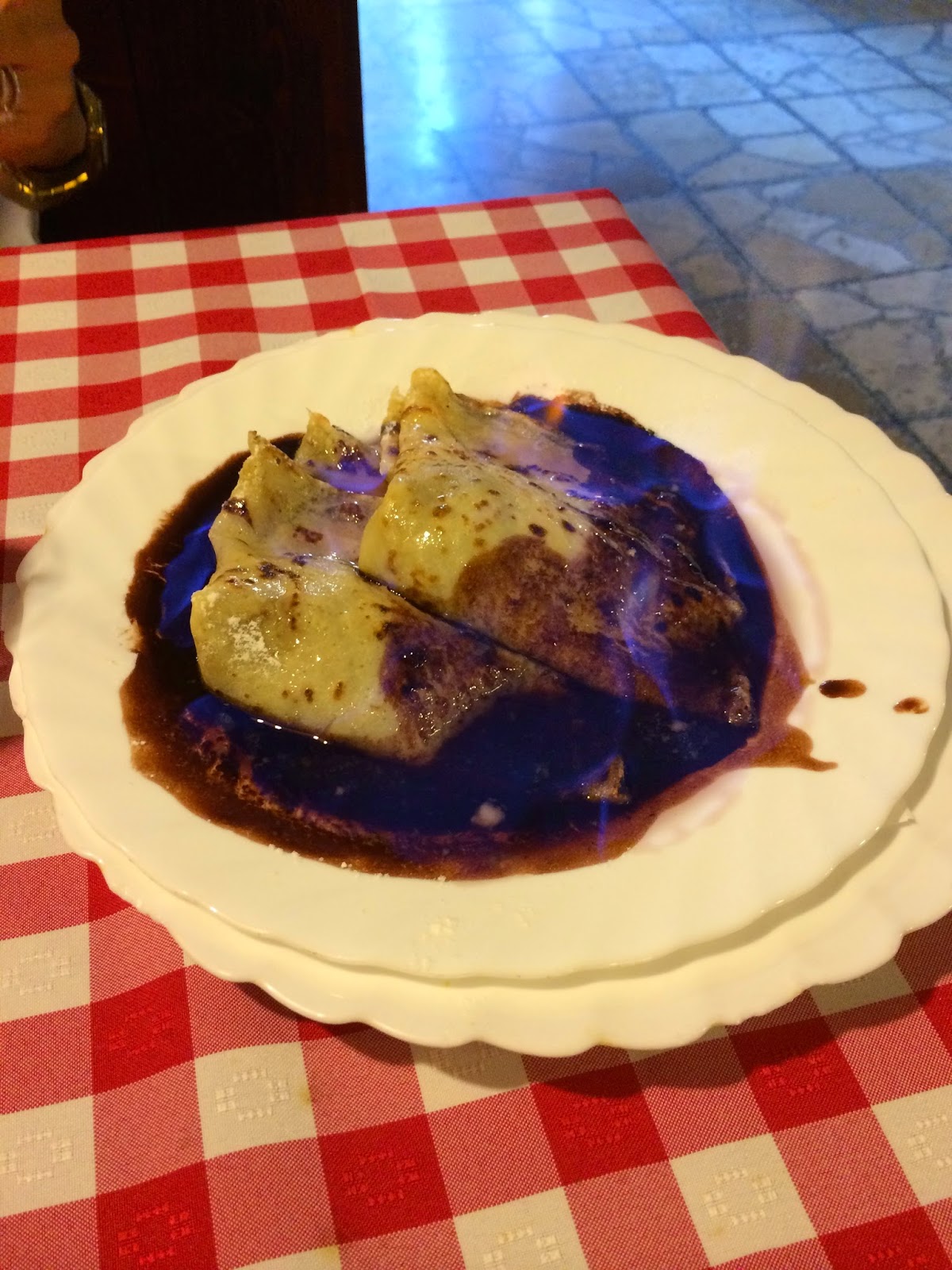 After a long day, we tried some local crepe desserts...they were on fire. 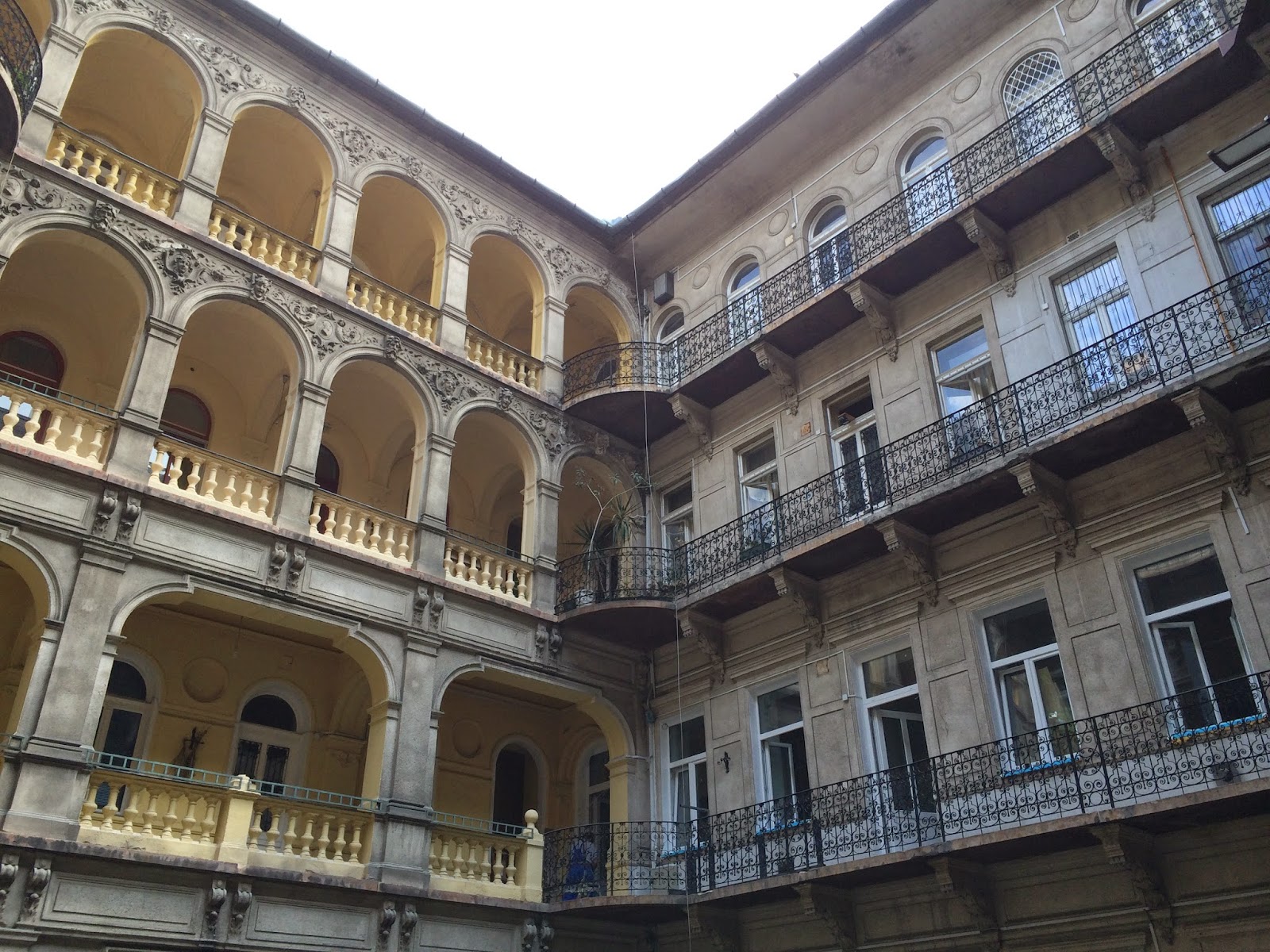 A lot of interesting architecture inside the courtyards (unfortunately most are hidden from the street). 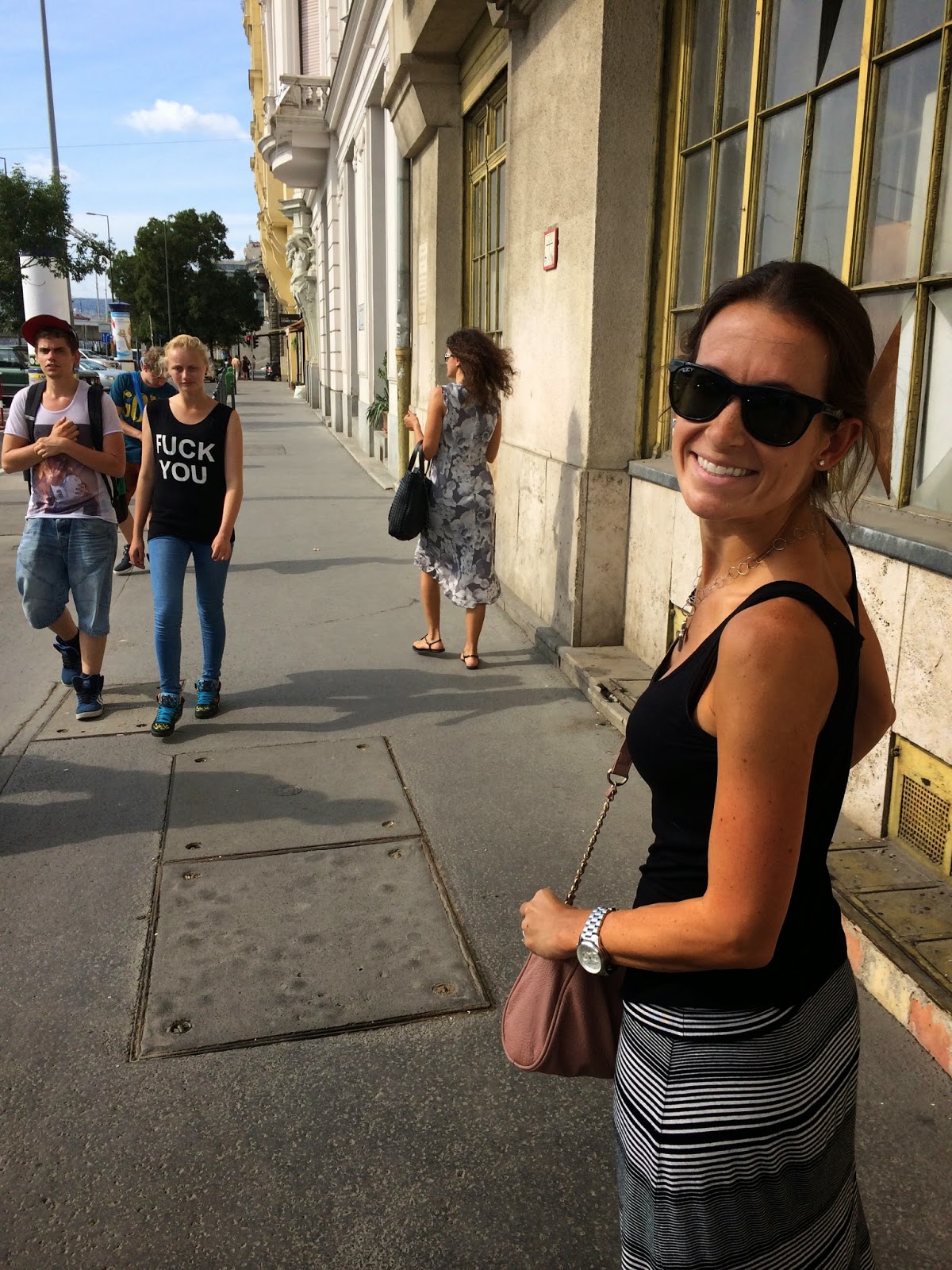 Lot's of interesting t-shirts in Budapest on The Hunt. 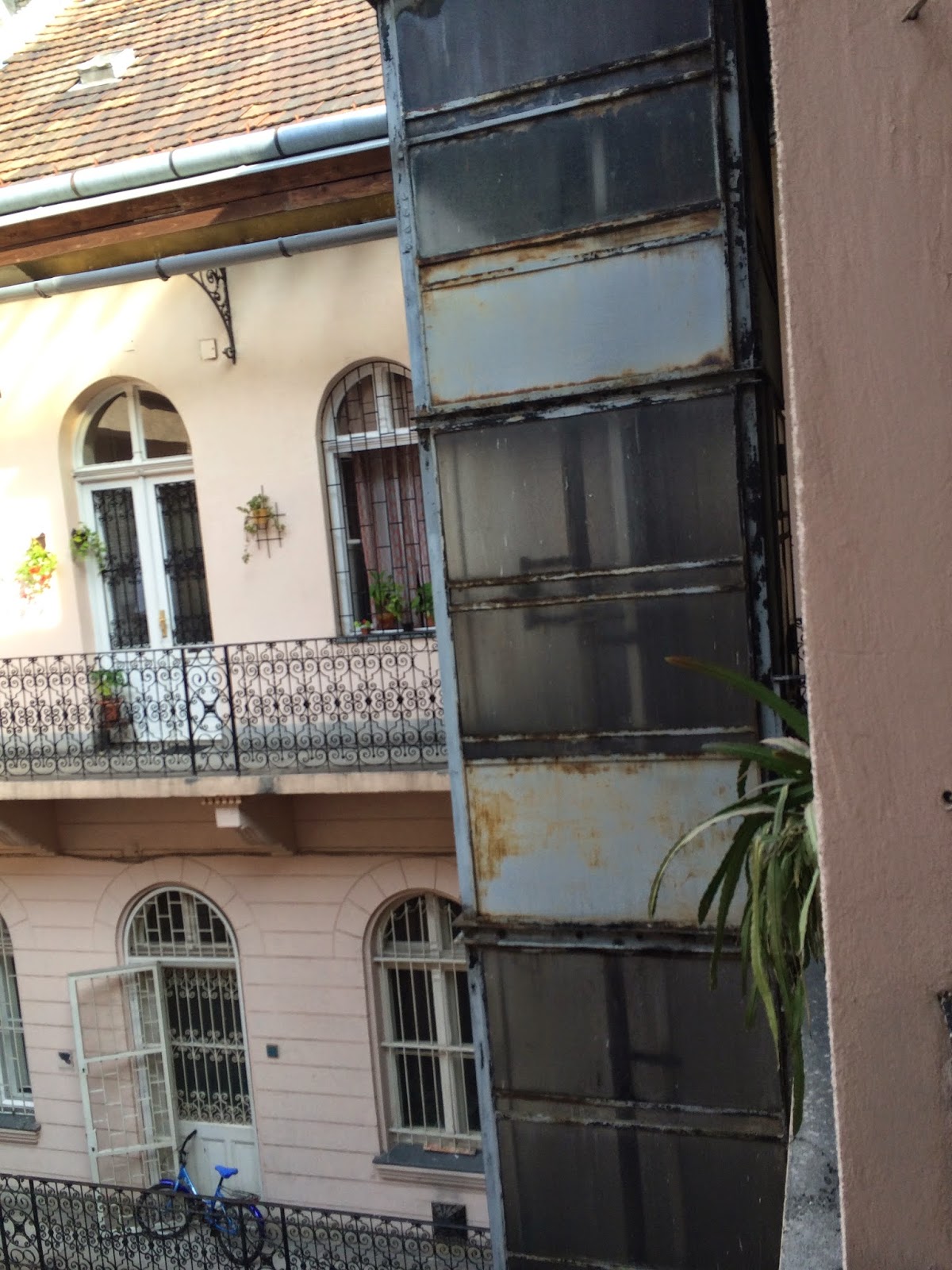 Some of the more antiquated elevators, pre-communism. 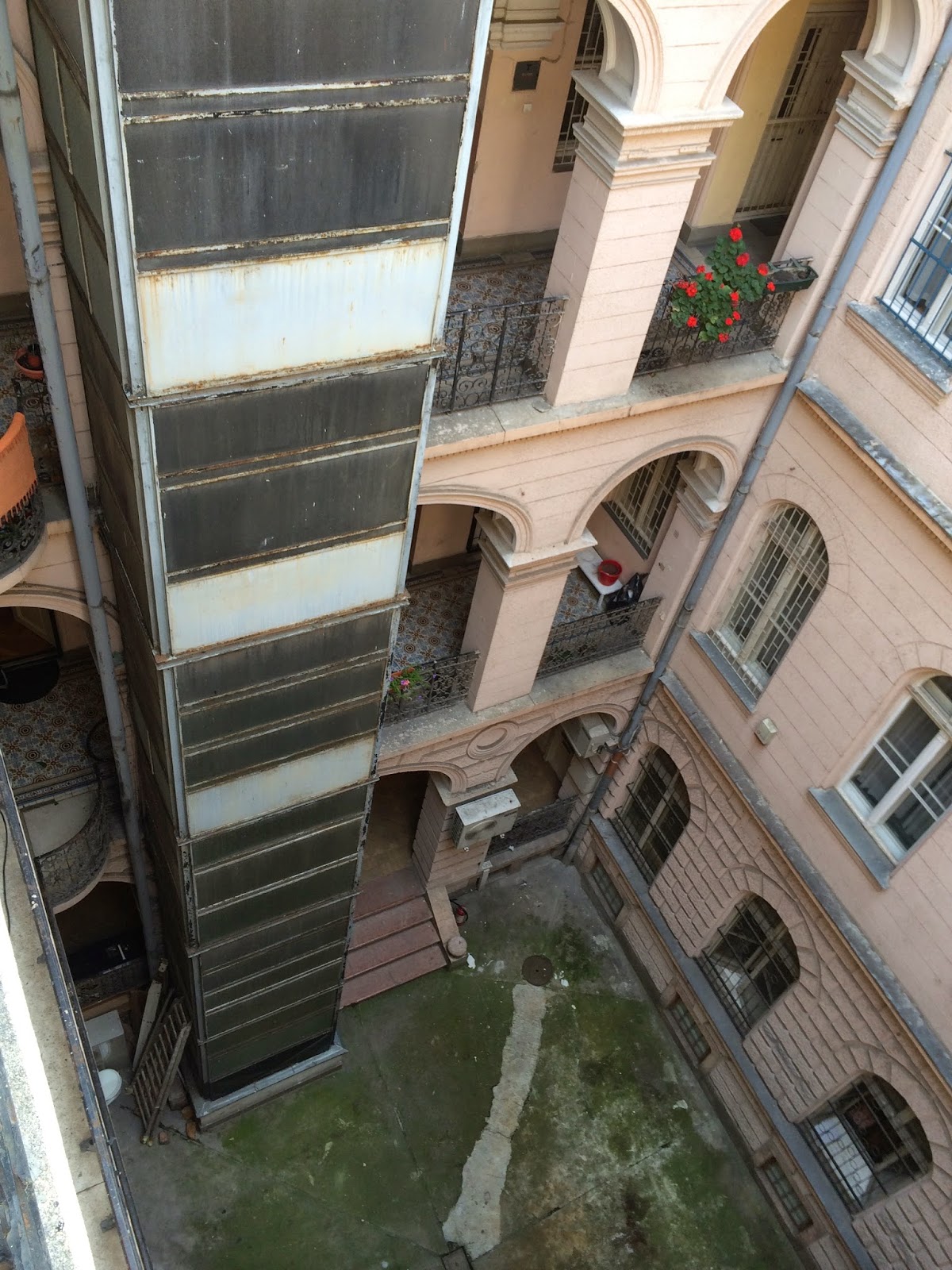 One of the flats that didn't make the final cut. 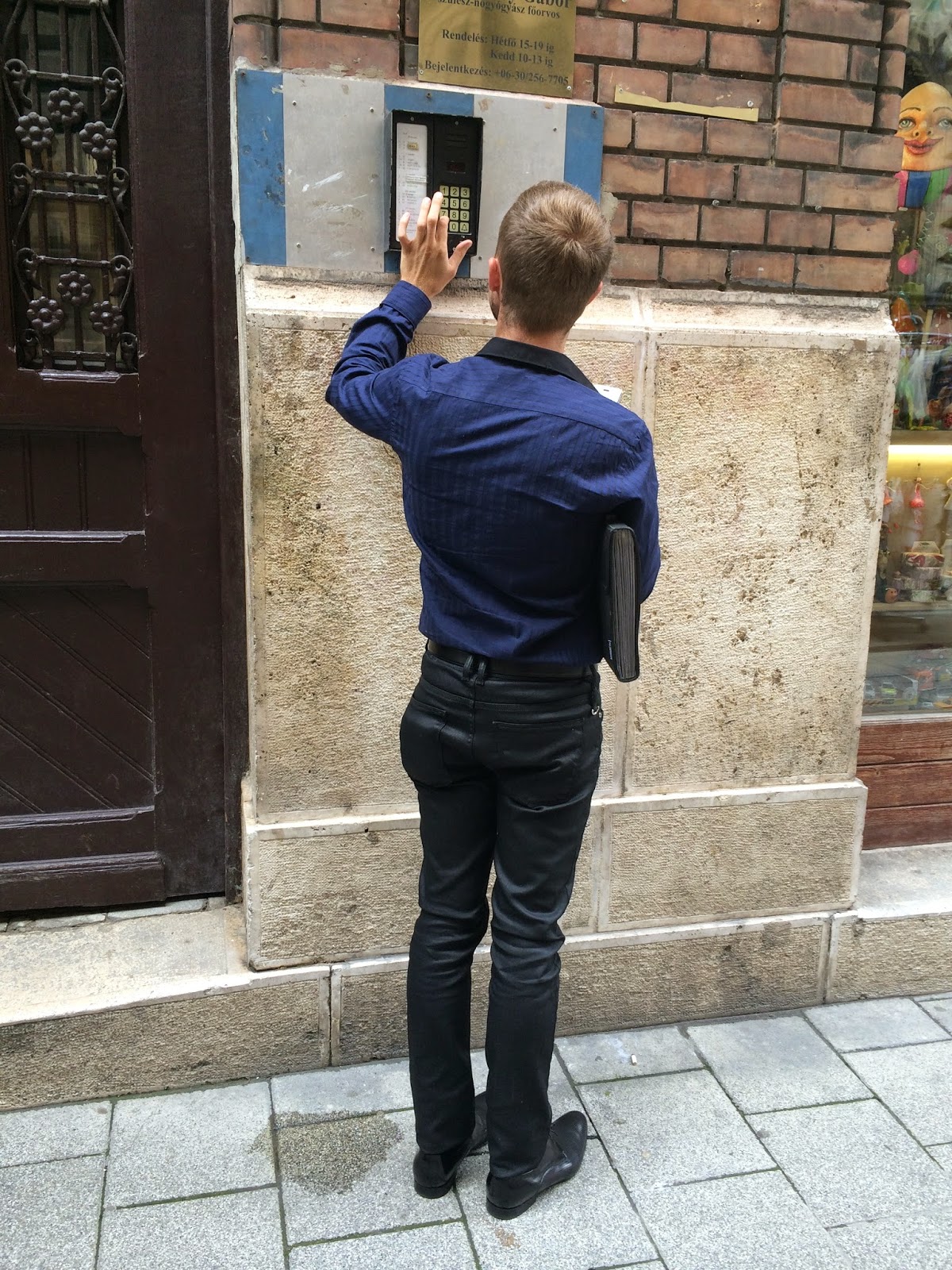 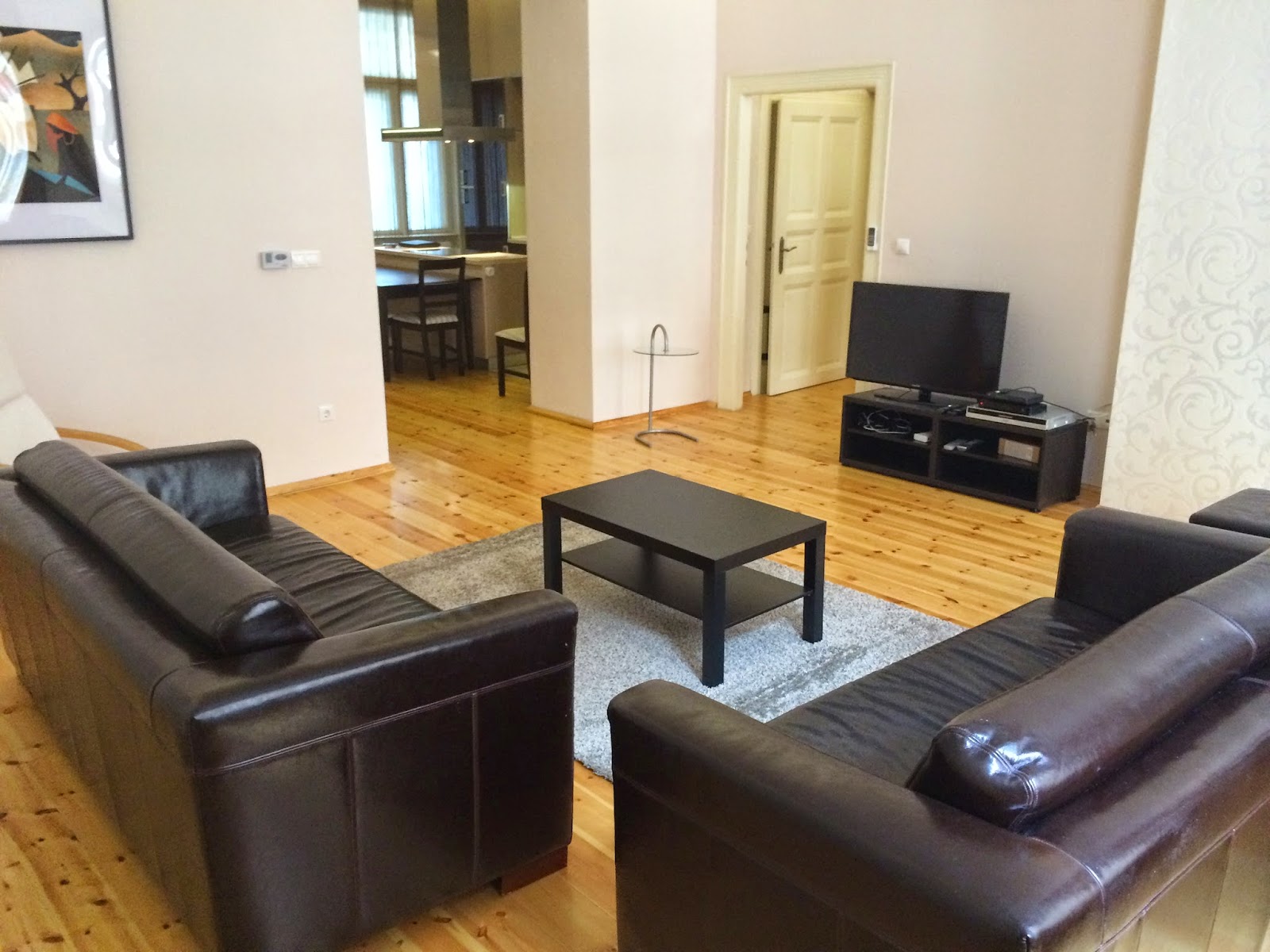 Another modern flat, but expensive flat. 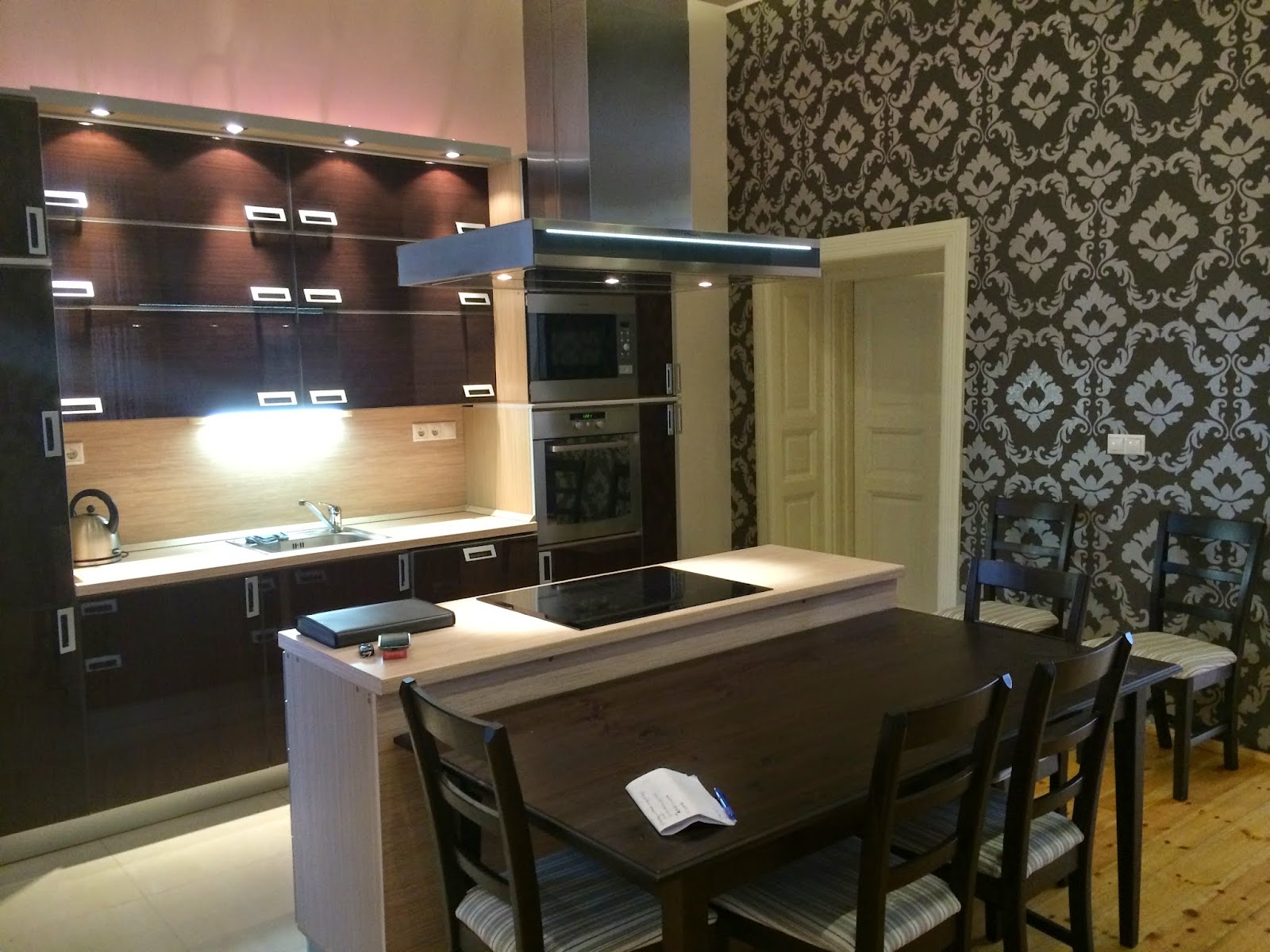 More options on The Hunt. 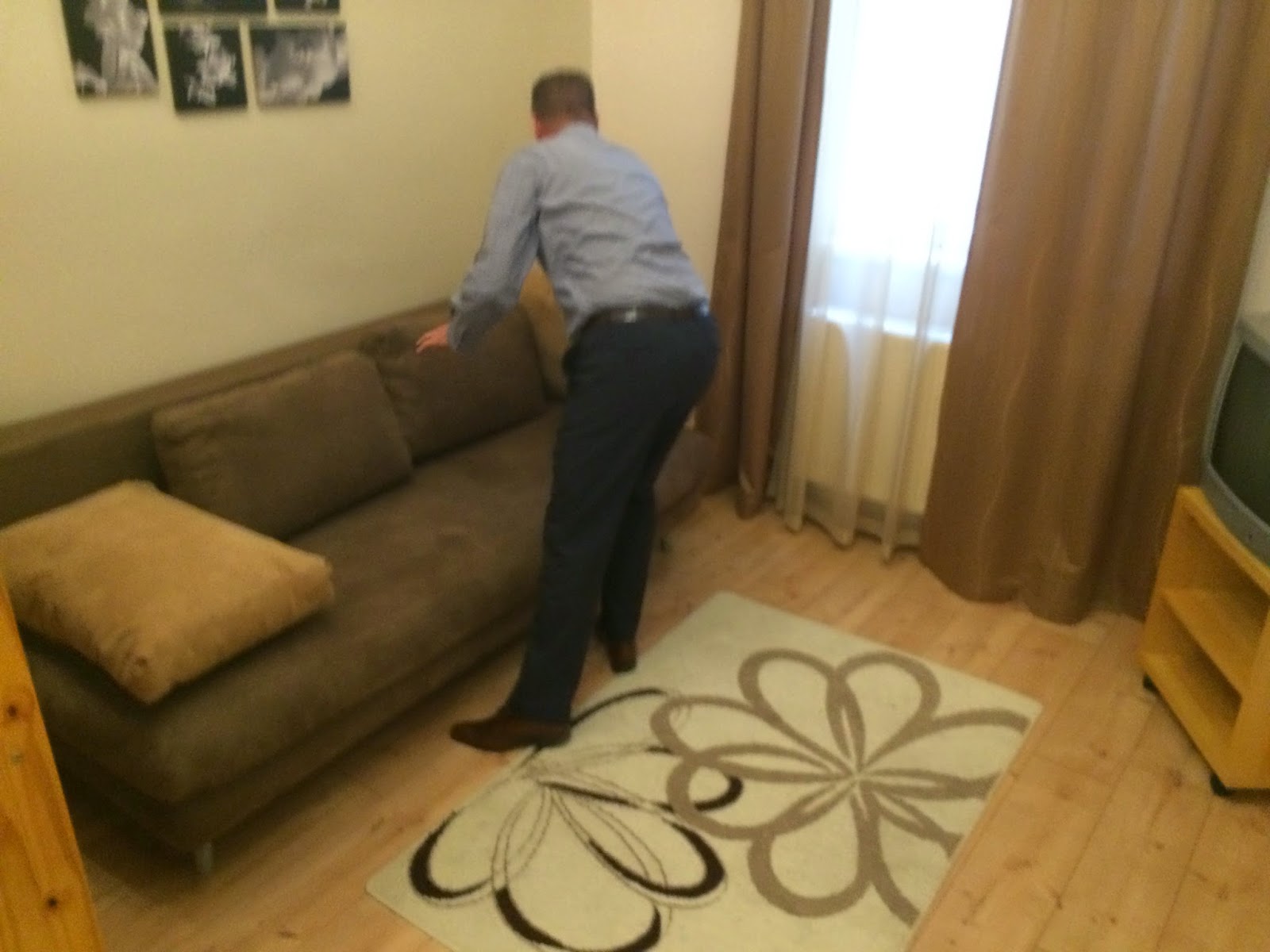 Salesman selling us on the "deluxed sofa".
He didn't know his opposition.